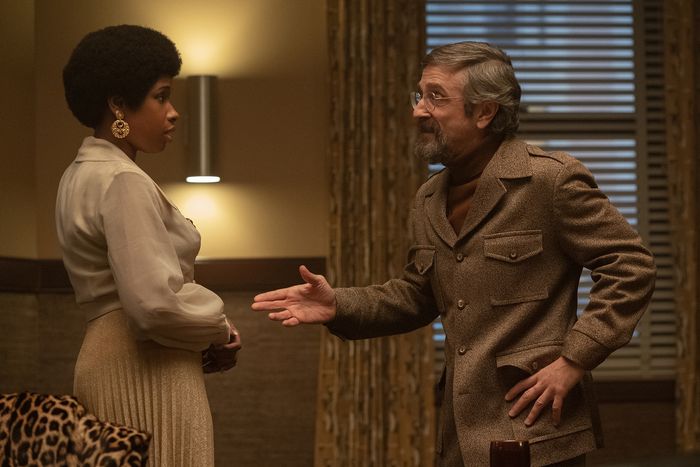 Jewish comedian Marc Maron will be in St. Louis this weekend.

Maron, who often talks about his connections to Judaism on his podcast “WTF with Marc Maron” and in his standup material, will perform at Helium Comedy Club Thursday, Friday and Saturday.

Maron is also known for his work on the self-titled IFC series “Maron;” on the Netflix show about women’s wrestling, “GLOW;” and most recently as Jerry Wexler, the Jewish music producer, in the Aretha Franklin biopic “Respect.”

Rogen, who grew up attending Jewish day schools, said he was “fed a huge amount of lies about Israel” and that he didn’t understand why the state exists.

Maron replied, “I get frightened to talk about it” because of how Jews might react.

They also discussed antisemitism and the power of the shiva ritual.

Maron learned last year on the PBS show “Finding Your Roots,” of the hardships his Jewish ancestors faced before World War I, which include his grandmother spending 13 days in steerage on a ship to migrate to the United States.

“I don’t know how they did it … just the idea that you’re gonna leave your country, you’re gonna pack up, everybody’s gonna go … and get on a boat? Are you kidding?” he said. “A boat? I can’t be on a boat for an hour without getting sick.”

And while Maron frequently bashes Missouri on his podcast because he sees it as a backwards state, he also last year promoted the St. Louis ice cream shop Clementine’s Naughty and Nice Creamery on Instagram.

He explained that he heard that the brother of St. Louis native and talk show host Andy Cohen makes the challah used in a Clementine’s ice cream flavor. (The Jewish Light could not confirm this at press time.)

He showed the tubs of rugelach, sufganiyot and challah bread pudding ice creams and said, “This is going to be a problem.”