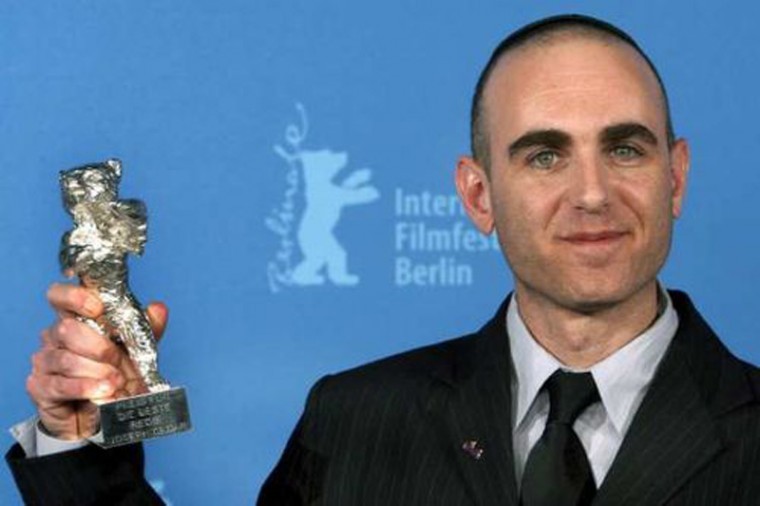 By Tom Tugend, JTA
LOS ANGELES — Joseph Cedar is on a pretty good run: The Israeli director has made four movies in his 11-year career, and the first three have represented his country at the Academy Awards for best foreign-language film.

One made the cut of five finalists, but a Cedar film has yet to capture a golden statuette. In fact, no Israeli film has ever won an Oscar.

Cedar and many of his countrymen are hoping that his fourth entry, “Footnote,” will prove to be the charm when nominations for the 84th Academy Awards are announced on Jan. 24.

Sixty-three countries, from Albania to Vietnam, are vying in the foreign-language film category, and there are no guarantees about which will make the cut.

Last year was the first in memory that no domestic or foreign film dealing with the Holocaust or the Nazi era was entered in any Oscars category. On that basis, I predicted that the “Schindler’s List” and “Inglourious Basterds” era had passed and that the historical genre would deal with more recent conflicts and genocides.

It took only a year to prove the prophecy wrong with Poland’s entry this year, “In Darkness.” The movie’s settings and emotions are as lightless as the underground sewers of Lvov, where a dozen Jewish men, women and children hid for 14 months during the German occupation of Poland. Their unlikely protector was a rough-hewn Polish sewage worker and part-time thief who knew all the hiding places in the underground system — it’s where he worked and stashed his loot.

At the helm of “In Darkness” is the superb Polish director Agnieszka Holland (“Europa, Europa”), whose forte is to delineate the shades of the human character. As in her other works, the strengths and weakness of the victims, heroes, villains and bystanders vary with time and circumstance.

“I have always been intrigued by the contradictions and extremes in human nature,” she said in a phone interview. “I wonder at how fragile and how strong we are, how evil and irrational under some conditions, and how brave and compassionate at other times.”

With “Footnote,” Cedar centers on the rivalry between two Talmudic scholars who also are father and son. It’s a sharp contrast from the New York native’s previous film, “Beaufort,” a war film with an anti-war message.

“What could be more boring?” I can hear a younger audience moan about “Footnote.” But in the hands of Cedar, 43, the film has more tension per frame than a gun-toting action picture or apocalyptic sci-fi epic.

Both Eliezer and Uriel Shkolnik, father and son, are shining lights in the Department of Talmudic Studies of the Hebrew University in Jerusalem, where rivalries are fierce. To the two Shkolnik philologists, the stakes in their lifelong studies of the authenticity and meaning of each word in different Talmudic versions and editions are far higher than the struggles of warring countries or the rise and fall of national economies.

The director, himself the son of renowned Hebrew University biochemist Howard Cedar, firmly rejects the assumption that the protagonists resemble his family or their relationships.

“The film’s Talmudists in no way represent my father and myself,” said the younger Cedar, who as an Orthodox Jew is a rarity among Tel Aviv filmmakers. “Actually, their relationship is my nightmare, not my reality.”

Yet “Footnote” explores the balance between uncompromising honesty and family relationships.

“What if my son becomes a more successful director than I am, but makes movies that I hate?” asks Cedar, who explored the gulf between observant and secular Israelis in his first two films, “In Time of Favor” and “Campfire.” “Will I tell him how I really feel or preserve family harmony?”

On a national scale, the insistence on one’s absolute truth contributes to civic violence in Israel, Cedar believes. “We now have a generation that considers ‘compromise’ a bad word, and social harmony has been taken hostage by people who claim to know the absolute truth,” he said.

Although “Footnote” has not yet been released in American theaters, it has received favorable reviews. At the Cannes Film Festival, “Footnote” was awarded the top prize for best screenplay, and in the United States the National Board of Reviews of Motion Pictures placed the film among the five top foreign-language features.

But the Oscar competition in the foreign-language category is rough and the Academy Awards selection committee is widely considered unpredictable, if not erratic.

The Netherlands’ entry, “Sonny Boy,” tells the actual story of two unlikely rescuers, a middle-aged Dutch housewife who runs off with and marries a black Surinamese student more than 20 years her junior. Under the German occupation they hide several Jews in their home. Similar to Anne Frank’s fate, the couple is betrayed and arrested, and they die in captivity.

One trend among foreign film producers is the growing emphasis on such themes as internal conflicts, problems of immigrants and life under the former Soviet occupation of Eastern European countries. Examples are films from Bosnia and Ireland (ethnic cleansing), Colombia (guerrillas vs. the military), the Czech Republic (expulsion of ethnic Germans after World War II), Estonia (Soviet army deserter returns), Kazakhstan (Soviets invade Afghanistan), Italy and Romania (illegal immigrants) and Lebanon (Christian-Muslim conflict).

While many colonials this side of the Atlantic consider the King’s English as a foreign language, this year the United Kingdom actually submitted an entry in the foreign-language category. The film “Patagonia” is set in a Welsh settlement in southern Argentina, and the characters speak Welsh and Spanish.

In both the United States and Europe, the critical favorite is the Iranian entry, “A Separation,” which has won a string of awards at international film festivals.

The film by Asghar Farhadi masterfully combines an easily recognizable situation — an impending divorce in an upper-middle-class family — with the strange atmosphere, pieties and judicial proceedings of an unfamiliar society.

The Oscars will be presented Feb. 26.