How not to feel like a matzah ball on Passover 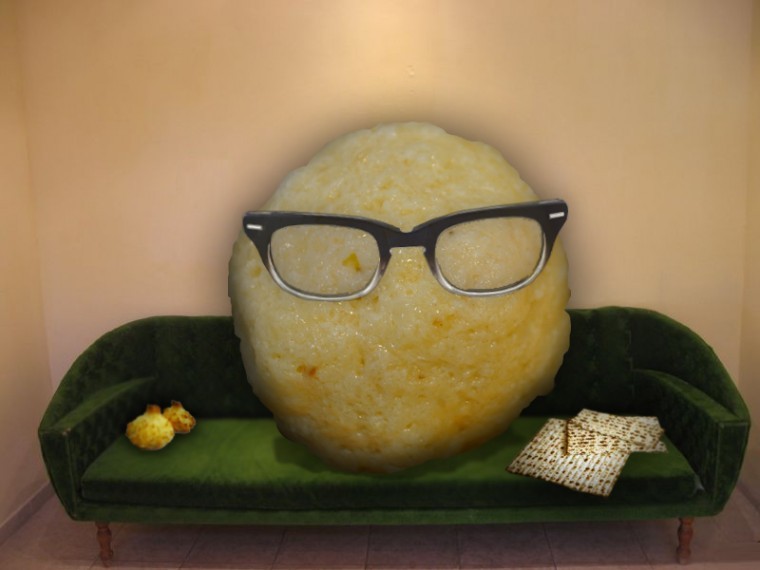 Passover brings the temptation to ditch dietary principles and indulge in packaged foods.

MONTCLAIR, N.J. — It’s April and steel shopping carts clang and collide like bumper cars in the kosher-for-Passover aisle of my local supermarket. Even in this mob I find soul mates, shoppers who share my angst about eating many of the hechshered-for-the-holiday packaged foods. Foods made with what blogger Lisa Rose calls the “four food groups of Passover: cottonseed oil, MSG, white sugar and potato starch.”

Take Elaine Hoffman from Berkeley Heights, N.J., who will buy spelt matzah but little else packaged. Or Robin Polson of Maplewood, N.J., who purchases whole wheat farfel for her granola recipe, but as for much of the rest, she “can live without for eight days.”

There’s a movement here, with no formal name or membership directory. It’s a movement of Jews — from those scrupulous about Passover kashrut to others who celebrate “kosher style” — who eschew what Rabbi Ethan Tucker, rosh yeshiva of Mechon Hadar in New York, calls the “modern affliction” of the Passover diet, eating a “disproportionate amount of food out of boxes and cans.”

That affliction extends to ditching — during Passover only — dietary principles followed year-round.

“I used to buy 20 bags of potato chips at Passover for my kids,” says Rabbi Debra Newman Kamin of Am Yisrael Congregation in Northfield, Ill. “During the rest of the school year I would never buy chips. Ever.”

She attributes our reliance on processed food during Passover to our terror “of being deprived.” Having grown accustomed to a 23-aisle-supermarket lifestyle, today’s Jews find it difficult to relinquish any daily comestible. Rose followed a recent Facebook exchange among Los Angeles Jews “desperate to find Diet Coke” and searching for “which kosher market in town still had some left because it sold out so fast.”

“Do we really need kosher-for-Passover chicken flavoring? Did people forget how to make chicken soup?” Rose asks. Or as Marilyn Labendz of West Caldwell, N.J., puts it, “You have tomatoes. You can make tomato sauce. What’s so limiting?”

Jews in this de facto circle question whether eating a less healthy diet on these eight days is truly halachic (according to Jewish law). Rabbi Noach Valley, former president of the Jewish Vegetarians of North America, points to Deuteronomy 4:9, which entreats us to guard our life and health diligently, and to the Rambam, who writes that matters of health take precedence over all-important ritual.

Valley himself rails against cottonseed oil, “ubiquitous during Passover,” and the byproduct of a cotton crop “inundated with pesticides.” He says that in the past he has contacted heads of kashrut agencies objecting to “injuring Jews in the process of observing Passover.”

Labendz chafes at the thought that anything unhealthy should carry a Passover hechsher. “It’s like smoking,” she says. “It should have a treif symbol.”

Rose, who is kashrut observant, struggles with whether she should lower her standards for certification so that “I can feed my kids what is healthy.”

In my own house we’ve opted to include kitniyot (rice and beans), even though we’re Ashkenazi. Last year I reluctantly started buying non-hechshered organic pasta sauce over Passover varieties containing sugar or cottonseed oil.

For someone like Los Angeles filmmaker Sarah Feinbloom, Passover is about values other than strict kashrut observance.

“The holiday should be a time when you think consciously of what you should or should not be eating,” she says. “I think of spring, of rebirth, regeneration, of bounty, of lots of fruits and vegetables.”

Karen Shiffman Lateiner of Phoenix, Ariz., makes dishes from scratch. Sometimes she’ll “buy a can of macaroons just because it’s tradition. The rest of the stuff — nah.” For her, the most important aspect of Passover is spending time with family and friends.

“I am not an ascetic person,” says Roberta Kalechofsky, who has written two Haggadahs and three cookbooks for Jewish vegetarians. She recommended her recipe for Vegetable Nut Loaf from “The Jewish Vegetarian Cookbook.”

“We like good food and I like to serve it,” she says. More important than incorporating foods that don’t violate kashrut are nixing those that “violate the chemistry of the human being.”

Scratch cooking, as these health-conscious Jews advocate, can take time. There are ways to make it easier, though, says cookbook author and New York Times columnist Martha Rose Shulman.

“It’s not so much a question of finding fast foods but getting organized and getting ahead,” she says.

Some things can be made in advance, like vegetable or chicken stock, many salad dressings, or blanched or roasted vegetables.

The Passover recipes Shulman tested for this year’s New York Times holiday food column “aren’t that time-consuming.” A recipe for a Greek lemon soup, for example, calls for breaking up matzah into the broth rather than preparing more effort-intensive knaidlach.

Nava Atlas, author of “Vegan Holiday Kitchen” (2011, Sterling Publishing), suggests making holiday meals that involve entertaining cooperative affairs. “Divide and conquer,” she says. “It’s the only way to do it. And everyone feels they have participated.”

Atlas also praises — as did almost everyone I interviewed — quinoa, which has achieved manna-like status among Passover health foodies in the past decade-plus. When I asked Rabbi Newman Kamin what she does to make the holiday healthier, she answered, “I’ll tell you in one word. quinoa.”

This week, I did a dry run of Atlas’ Quinoa Pilaf from “Vegan Holiday Kitchen”; my dinner guests that night gave it a thumbs-up. So to start you on a healthy-eating chag, here goes:

Adapted by Nava Atlas from a contribution from her longtime reader, Barbara Pollak, this pilaf is attractive when made with a combination of red and white quinoa, but either color can be used on its own. It’s a veggie-filled way to celebrate quinoa’s becoming standard Passover fare. Quinoa is high in top-quality protein, making this a good choice for an entree for vegetarians and vegans at the seder table, and a delicious side dish for everyone else. Don’t be daunted by the length of the ingredient list; this dish is as easy as can be to make.

2 medium yellow or red onions, or 1 of each, quartered and thinly sliced

2 teaspoons minced fresh or jarred ginger, or to taste

2 tablespoons lemon juice, or to taste

Combine the quinoa with the broth in a large saucepan. Bring to a rapid simmer, then lower the heat, cover and simmer gently until the water is absorbed, about 15 minutes. Test to see if the quinoa is done to your liking; if needed, add another 1/2 cup water and simmer until absorbed.

Meanwhile, heat the oil in a large skillet or stir-fry pan. Add the onions and saute over medium-low heat until translucent. Add the garlic and continue to saute until the onion is golden.

Add the cabbage, carrots, broccoli, mushrooms, ginger, basil, thyme, and lemon juice. Turn up the heat to medium-high and stir-fry until the cabbage is tender-crisp, about 5 minutes.

Stir in the cooked quinoa, then season to taste with salt and pepper. Stir in the parsley and dill, remove from the heat, and serve.