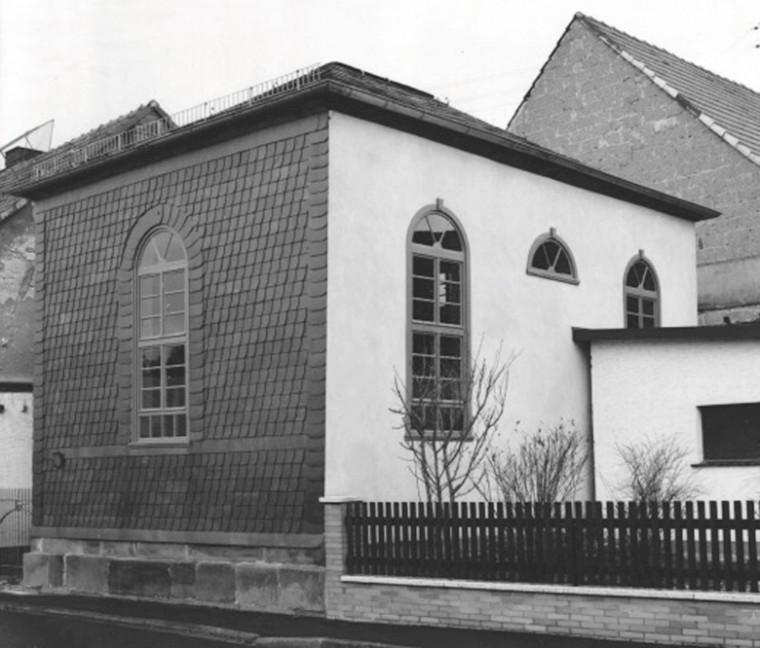 “She turned around and said ‘The last time I was in this train station, my father did that for me when I went to England,'” he remembered.

That was no ordinary trip. It was 1939 and the young woman was escaping the Nazis. Only she and her brother, who’d left a few years earlier survived.

Now her story is among those chronicled by a new exhibit at the Holocaust Museum and Learning Center. The work follows the fates of five families from Roth, a small German town of several hundred near Frankfurt.

“The exhibit tracks what happened to every member of each of the families,” said HMLC curator and director of education Dan Reich.

Reich said the lessons of the work go far beyond the individual stories it touches on.

“It’s interesting that another one of our survivors from a completely different town in Germany went through the exhibit and said, that’s exactly what happened to our community. So while it only deals with five families, it really is very much of a typical exhibit of what happened to thousands of Jewish families in towns throughout Germany.”

Two of the families in question were completely wiped out. Two others made it to the United States intact. Hochster Wetmore made it out but many of her relatives did not.

Her son agrees that the exhibit, now on tour from the University of Massachusetts Amherst Institute for Holocaust, Genocide and Memory Studies, tells a tale that could have been repeated countless times.

“It’s a microcosm of what must have happened in thousands of villages not only across Germany but across Europe during the Second World War,” he said.

But he notes it also tells only half the story. The lesser-known part of the tale is in the research that gave birth to the display. Wetmore said that a number of residents in Roth, which no longer has any Jews, wanted to reconstruct the history of its Jewish residents. That effort led to a working group which secured funding to restore the community’s old synagogue, which had continued life as a barn and an auto repair shop after being gutted by the Nazis. Today, the structure is a cultural center which teaches about Judaism.

Wetmore said it was part of an effort by the town’s residents to come to terms with what happened.

“We all wonder how the Germans could do what they did. Think what the Germans are thinking: ‘How could my parents and grandparents do what they did?'” he said. “It’s their way of trying to understand and cope with their culture and what their society did and not lose the sense of what Judaism is in this community.”

It’s also helped Wetmore understand more about his own past. Growing up in Gary, Ind., with two German parents he heard the language spoken and regularly ate German cuisine for dinner but the displacement of his parents had left a hole in his past just as it had theirs.

“It wasn’t until I went back with my mother to this little village that I really had an appreciation for the fact that I was raised as a German Jew,” he said. “It was an odd experience to realize that unless you go back and evaluate your past and where your parents came from, you really don’t know who you are. It was very enlightening.”

That visit took place in 1997 when the family traveled to Roth to see the dedication of the former synagogue.

“My mother had mixed emotions about that trip,” he said. “Emotionally, it was very difficult for her. She was happy to see some people. She saw some of her grade school classmates.”

There was a darker side to meeting old acquaintances however.

“But then she would comment to me afterwards, ‘See that woman over there? She was a Nazi,'” he said. “It reminded her how difficult it was, how slowly but surely, everything was taken away,” he said.

Still, it was a positive experience in many ways. Wetmore said his mother, who passed away in 1999, was stunned to see the restored building and it brought tears to her eyes. She was also moved by the efforts of the townspeople. Some of the researchers became close friends with the family. One later visited St. Louis and stayed at their home.

“Another woman, the archivist responsible for digging up most of this historic information came to our son’s wedding in Florida a year ago,” Wetmore said. “We’ve kept very close ties to these people.”

Wetmore gave a PowerPoint presentation and talk at the exhibit’s opening to speak about his mother’s experiences and work of the townsfolk.

Reich said the exhibit, which is scheduled to head to Cincinnati next, provides both a window on the past and a way of understanding what happened for the descendants of both the victims and the perpetrators of one of history’s most infamous chapters.

“Obviously, it doesn’t undo the fact that many of these citizens lost everything, including their lives, in the Holocaust but these following generations are trying to learn about their history to acknowledge it and learn from it,” he said. “That, I think, is very important about this show.”

Wetmore said the connection to the area makes it especially important for St. Louisans.

“I’m very happy that it’s here because it gives people in the community an opportunity to understand what happened,” he said. “I urge everybody to go and understand the unbelievable amount of work that went into compiling the history of these people.”