‘Hamilton’ the film and other streaming notes 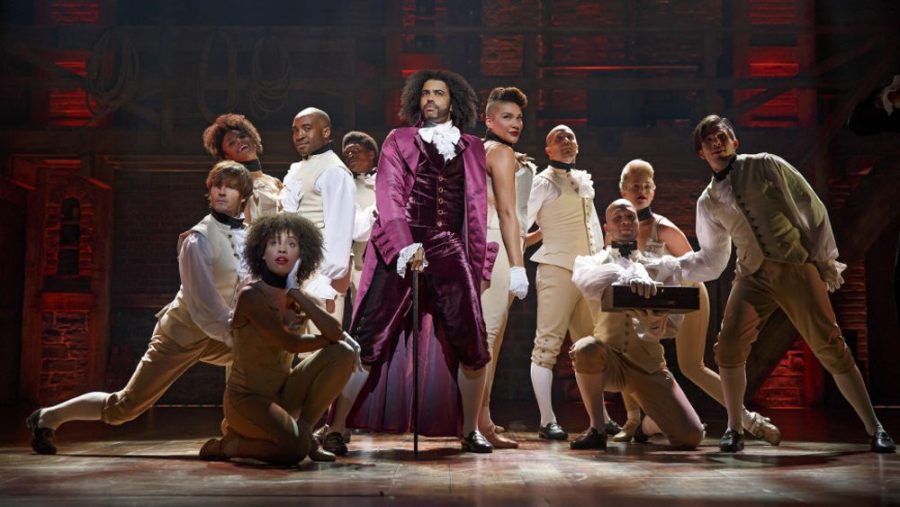 Daveed Diggs, above center, reprises his roles as Marquis de Lafayette and Thomas Jefferson in the film adaptation of Hamilton, streaming on Disney Plus beginning July 3.

‘Hamilton’ and more (Some catch-up)

The film version of “Hamilton,” the mega-hit Broadway musical about Alexander Hamilton, begins streaming on the Disney Plus channel on July 3. The film was supposed to open in theaters, but COVID-19 intervened. A Disney Plus subscription costs $6.99 a month, so “Hamilton” would be a bargain if you just subscribe for one month. Disney, of course, is hoping you’ll watch “Hamilton” and like the whole channel and stay a subscriber.

Three stage productions of “Hamilton” were filmed and the “best parts” were combined to make the film. The original Broadway cast re-created their roles. DAVEED DIGGS, 38, reprises the “Hamilton” roles that won him a best supporting actor Tony Award (the Marquis de Lafayette and Thomas Jefferson). THOMAS KAIL, 42, who directed the stage version, also directed the film.

Of course, Lin-Manuel Miranda stars in the title role and he wrote the musical. Many articles have noted that Miranda, a native New Yorker of Puerto Rican descent, really loves almost everything Jewish. Check out, or re-visit, the “Lin Miranda wedding video” on Youtube. Called the best wedding video ever, it features an amazing (spoiler!) version of “To Life” from “Fiddler on the Roof.” I am enraptured and just plain happy every time I see it.

The 10-episode first season of “The Babysitters Club” begins streaming on Netflix on July 3. It is a re-boot of a 1990 HBO series of the same name. Both are based on a best-selling children’s novel series about the lives of a club composed of young teen girls who all babysit.

Kristy Thomas (Sophie Grace) is the lead babysitter character in this series. Her parents, Elizabeth Thomas-Brewer and Watson Brewer, are only adults to be leading characters. They are played by, respectively, ALICIA SILVERSTONE, 43, and MARC FEUERSTEIN, 49. Silverstone is still most famous for the teen comedy “Clueless” (1995) and Feuerstein’s most successful TV series was the comedy “Royal Pains,” which ran on the USA Network from 2009 to 2016.

The new “Babysitter” series was co-created by Omaha native RACHEL SHUKERT, 40, who wrote three of the episodes.

The original Amazon film “7500” began streaming on June 18. Reviews are mostly very good. It stars JOSEPH GORDON-LEVITT, 39, as the American co-pilot of a plane staffed by an international crew. Shortly after take-off, Muslim terrorists attempt to storm the cockpit and hijack the plane. I won’t disclose the rest of the story, except to say that the tension is at a fever pitch for the remainder of the film. This is Gordon-Levitt’s first film role release in four years. He’s explained that he was busy with the birth of his two children.

“Athlete A” is a Netflix documentary (premiered June 24) about the sexual abuse of top female gymnasts by Dr. Larry Nassar, a Michigan State faculty member. His victims included Olympic gold medal winner ALY RAISMAN, 26.  The film was made by BONNI COHEN, 55, and JON SHENK, 51 (they co-wrote, co-produced, and co-directed it). They’ve long been a team. In 2017, they co-helmed “An Inconvenient Sequel: Truth to Power.” Cohen’s other credits include producing “The Rape of Europa,” a 2006 documentary about the Nazi looting of European art treasures, including those owned by Jews.

On July 1, Netflix begins streaming “Anne Frank: Parallel Stories.” Narrated by Helen Mirren, this documentary got a very limited theater release last January. Frank’s story is intertwined with the story of five other (real) girls who did survive the Holocaust.  A set was created that carefully re-constructed the Amsterdam apartment in which Anne hid, to give, in the filmmakers’ words, “the sense of claustrophobia and oppression” Anne experienced. Mirren reads excerpts from Anne’s diary in the re-created apartment.  Had ANNE FRANK lived, she would have been 90 this year.

Mirren won the best actress Oscar for playing Elizabeth II in “The Queen” (2006). She gave a truly tour-de-force performance in “Woman in Gold.” While the film didn’t have a great screenplay, Mirren’s portrayal of MARIA ALTMANN (1916-2011) lifted the quality of the movie immensely and it was a surprise box-office hit. Altmann, as the film details, spent seven years waging a finally successful legal battle to wrest away from the Austrian government five very valuable paintings (including two portraits of her aunt) that the Nazis stole from her uncle.