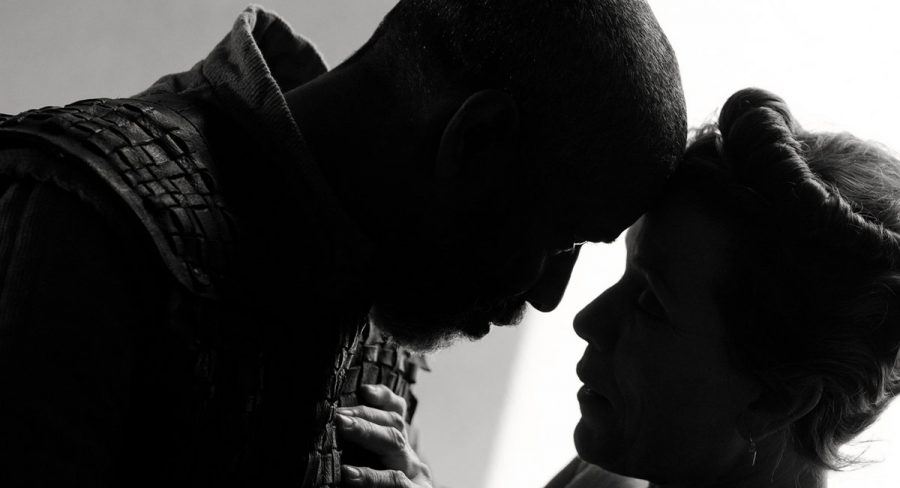 Joel Coen is credited with 26 directorial features on the Internet Movie Database, 18 of which were films directed alongside his brother, Ethan. Together, they gave the movie world classics such as “Miller’s Crossing,” “Fargo” and “The Big Lebowski,” among others. A writing-directing duo unlike anything else found in Hollywood, the brothers have done it all together, as a unit, since their first film in 1984, “Blood Simple.”

“By the pricking of my thumbs, something wicked this way comes.”

But Joel’s 19th directorial effort will be special: it represents his first solo writing/directing gig. The material carries plenty of weight, centering around a doomed Scottish lord who falls under the spell of three dangerous witches, telling him he will be King very soon. Indeed, “The Tragedy of Macbeth” is the kind of Oscar-savvy flick that studios like A24 load up for all year long. For Coen, it’s a solo record, something that will live and die on his shoulders. The first trailer popped up online yesterday, sparking a lot of chatter online about the new film in the Academy Awards race.

He gathered one heck of a cast. Denzel Washington steps into Macbeth’s shoes this time, starring opposite Joel Coen’s real-life wife, Frances McDormand. She plays the story’s true navigator, the trusted soul who encourages her husband to listen to what the witches say. Brendan Gleeson plays King Duncan, the very much healthy leader whom audience members shouldn’t really bet the house on living to the end. Harry Melling plays Duncan’s son while Corey Hawkins will portray MacDuff.

Coen, whose parents both come from Eastern European Ashkenazi Jewish families, may not be working with his brother, Ethan, this time-but he is working with McDormand for the ninth time. The husband and wife created award gold with their Minnesota-set crime tale, “Fargo,” which really put the actress on the map as a leading lady in film. Her role as Lady MacBeth seems like destiny, and the only choice for the role going into such a dark story. Working with your wife is great, especially so when you’re helping her career prosper.

Moviegoers have gotten plenty of takes on the material, with Justin Kurzel’s recent film, “Macbeth,” starring Scottish native Michael Fassbender, being the last. Washington may be a bold choice but let’s be honest, he’s never really a bad choice for any role. When you see him walk up to the three witches in the trailer with a scary wonder draped across his face, you can tell why Coen cast him. Could you imagine two more powerful actors in the two most important roles than Washington and McDormand? It’s the actor’s second foray into Shakespeare, following Kenneth Branagh’s 1993 adaptation of “Much Ado About Nothing.” He’s also played parts in stage play adaptations of “The Tragedy of Richard III,” “Coriolanus,” and “Julius Caesar.”

“The Tragedy of Macbeth” was filmed entirely in black and white, giving it an extra layer of visual dread and spectacle. One can predict there will be narration of some sort, telling us all about the wicked swings that sudden power can wage on a human soul. Washington’s Macbeth shows off a devious smile as the short preview concludes with McDormand’s catalyst turning towards the camera from a window, as if she is the one final straw that gets pulled before bloodshed erupts.

While “Othello” and other tragic fables align Shakespeare’s legend, the story of Macbeth never seems to lose power or intrigue. A previously noble king breaking bad due to the power and push of women close and far from him in life. Even the stripped-down poster displaying a hand-drawn king’s head laying on a long, bloody knife seems to redefine what a 400-year-old story can do in modern times. But if you stock the fridge properly, people will come to watch.

For his first solo filmmaking ride, Joel Coen chose one heck of a cast and subject to create his own bit of legend atop. With high-caliber performers like Washington and McDormand, who own 14 Oscar nominations (six wins) for acting between them, little can go wrong. A Jewish director telling a sad story about power bent the wrong way fits pretty nicely as well.

“The Tragedy of Macbeth” will get a limited release on Dec. 25 before a wide release on Jan. 14 via Apple TV+.