Five new series and a film offer something for all 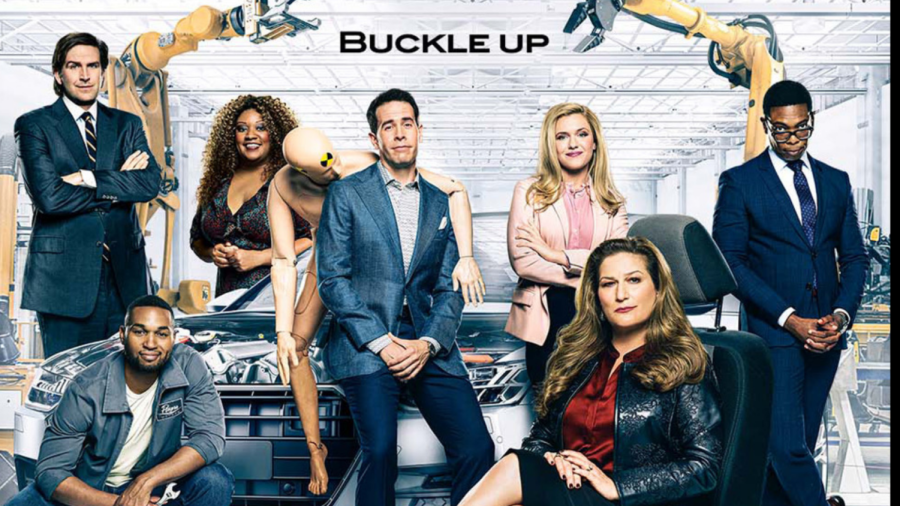 I was asleep at the wheel last month when “American Auto,” an NBC sit-com about a  Detroit-based auto company, “sneak previewed” its first two episodes. I just caught up with those episodes, which are free to view on Peacock and online. New episodes air Tuesdays at 8 p.m.

Basic plot: a car company, called Payne, is struggling and its new CEO (Ana Gasteyer) has no auto industry experience. The flaky Payne top execs don’t help her much. They include Wesley (JON BARINHOLTZ, 42), the airhead grandson of the company’s founder.

“Pivoting,” a dramedy series, premiered on Jan. 9 (9 p.m. on Fox). Here’s the premise: three middle aged women, who are friends, are jarred by the sudden death of a mutual friend. They decide that that “life is short” and they have to take chances to shake up their lives. In other words, pivot from what they have been doing.

Goodwin, who grew up in Memphis, is the daughter of a non-Jewish father and a Jewish mother. She was raised both Jewish and Unitarian (with more exposure to Judaism). In 2013, she said that she had left religion behind her 10 years before, but she had recently made a choice to embrace Judaism.

Premiering on Jan. 20 is “Single Drunk Female,” a comedy/drama series (Freeform channel/app, 10 p.m.). SOPHIA BLACK-D’ELIA, 29, stars as Samantha Fink, an irreverent alcoholic who gets into trouble. She avoids jail by moving in with her smothering mother (played by ’80s “brat pack” star ALLY SHEEDY, 59). Both actresses have non-Jewish fathers and Jewish mothers.  Black-D’Elia calls herself Jewish and Sheedy has always been secular.

“As We See It” is an American series based on “On the Spectrum,” an internationally acclaimed Israeli series. All eight, first season “As We See It” episodes will begin streaming on Amazon Prime on Jan. 21. The Amazon series, like the Israeli series, centers on three young-ish, autistic persons who live in a hostel for adults with autism. The hostel staff tries to transition these folks into independent living.

RICK GLASSMAN, 37, an American comedian, who has Asperger’s syndrome (a form of autism), plays one of the three main characters in the Amazon series.  “As We See It” was created by JASON KATIMS, 61, a veteran show-writer/producer. He is the father of an autistic child.

“The Gilded Age” premieres on HBO on Jan. 24. This “prestige” series was created by, and written by Julian Fellowes, the Brit who created and wrote “Downton Abbey.” It follows the clash, in the 1880s, between the old money New York City elite and rich newcomers. There are no Jewish characters in the first season. However, MORGAN SPECTOR, 41, whose father is Jewish, has a juicy part as George Russell, a classic “new money” robber baron. I suspect in future seasons wealthy Jewish characters will brush up against the old guard. This was the case in later seasons of “Downton Abbey.”

“Cyrano,” a musical based on the famous play “Cyrano De Bergerac,” played one theater in Los Angeles last month to be Oscar-eligible. It will open in a limited number of theaters on Jan. 21 or 28 and may “expand” in following weeks. The musical “Cyrano” was first an off-Broadway show (2018). It got good, if not stellar reviews. Peter Dinklage (Tyrion in “Game of Thrones”) stars as Cyrano.

The music for the stage and film versions was composed by twin brothers AARON and BRYCE DESSNER, 45. They are members of The National, a popular rock band. The brothers are “Jewishly-involved.” While in college, Aaron worked at a Holocaust archive. When The National played Poland, he arranged an Auschwitz tour for the band and its crew.