Finding the Jewish ties in Dr. Seuss’ “Green Eggs and Ham,” a book that shouldn’t be forgotten 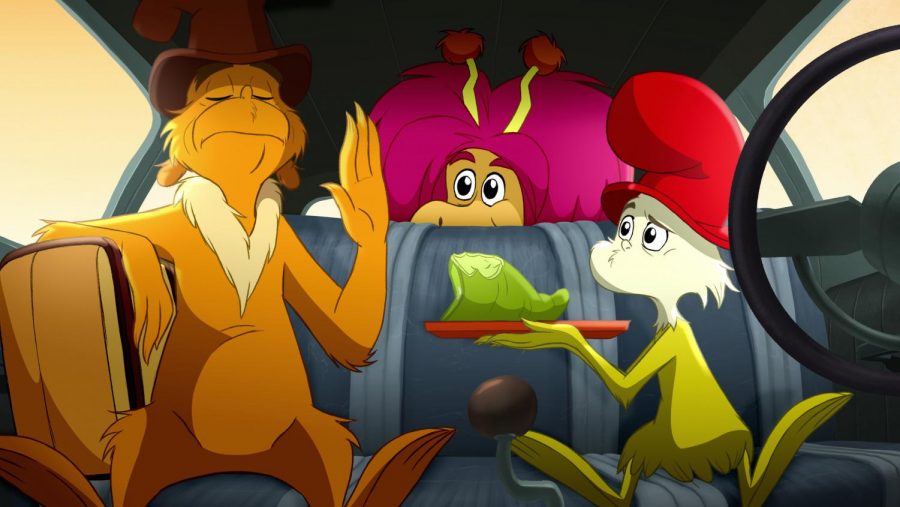 BY DAN BUFFA, SPECIAL FOR THE JEWISH LIGHT
Did you know that the famous book, “Green Eggs and Ham,” written by legendary children’s book author, Theodore Geisel, aka Dr. Seuss, shares some Jewish ties? But wait, is it okay to discuss that book right now, as the NY Post reports that six of Seuss’s famous novels are being taken off the shelves in a Chicago library, as well as one in Denver? I think so, because there’s value in that famous tale, one that shouldn’t simply be discarded.

Which of his books are being taken off shelves for the time being? “If I Ran the Zoo,” “And to Think That I Saw it on Mulberry Street,” “McElligott’s Pool,” “On Beyond Zebra!,” “Scrambled Eggs Super!” and “The Cat’s Quizzer.” It was found that the imagery in these temporarily terminated six novels evoke racismand aren’t right for the current state of the world.

While the cancel culture rage artists will claim this is unnecessary or too much, Geisel’s own daughter thinks it’s the right move-even if she knows the man, who died in 1991, didn’t have a racist bone in his body. While it’s never a great thing to ghost books entirely, hitting pause on those tales isn’t going to harm a legacy or make every ex-child think completely differently about the work, a body of books that has sold over 650 million copies worldwide, according to Fox Business.

But a couple years ago, a website called Kvellerdove into a few reasons why “Green Eggs and Ham,” as well as Geisel, had more Jewish ties than one would assume. Here’s a few good tidbits from that article, which reminded how often I asked my parents about the reason for the eggs being green (I never got a straight answer).

~Geisel wasn’t born Jewish, but he was a big advocate for their fight and plight during Nazi Germany’s dictatorship. He was also reportedly the first to predict and denounce the fate of Jews under Adolf Hitler. Eventually, the Mayor of Jerusalem, Teddy Kollek, awarded him “honorary Jew” for his support.

~In Israel, the famous book is actually kosher, due to an author changing the name of the book and adapting it to Hebrew, calling it “Not Hungry, Don’t Love It.”

~A year and a half ago, Netflix and creator Jared Stern adapted the tale into a 13-episode series, scoring a perfect 100% rating on Rotten Tomatoes. The series stars Michael Douglas, Diane Keaton, Adam DeVine, and Jillian Bell. It’s narrated by Keegan-Michael Key.

While a part of his volume of work will be discussed and torn apart, I do think there’s good reason to continue exploring the work of Geisel, a man from a different world who, according to his daughter, never intended to hate or cause an uproar with his work. But how the present sees history is an evolving concept, one that doesn’t exactly fit with today’s society.

I just hope “Green Eggs and Ham” isn’t the next book to be tossed onto the pile. Call me crazy, but I think there’s useful lessons in there. At the heart of the tale, behind the word, was a guy who fought hard against oppression and violence. He did that for Jewish families-and I think that means something.