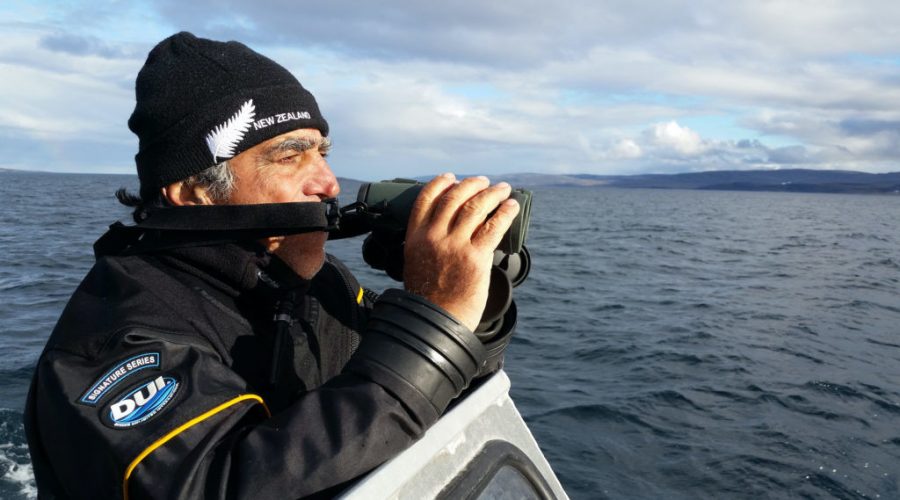 Amos Nachoum searches for polar bears in the Canadian Arctic. (Scene from "Picture of his Life")

At least that’s how Nachoum comes across in “Picture of His Life,” an enthralling new documentary about his quest to snap a photo of a swimming polar bear while swimming alongside it — something that has never been done.

Danger is a recurring theme in Nachoum’s work. The film shows him submerged face to face with a crocodile in Africa and sharing the Amazon with an enormous anaconda. His portfolio — full of close-ups of snarling seals, whales and sharks — easily explains why he’s achieved worldwide attention. The adventures have resulted in books and calendars and network television appearances.

So why now, at age 65, when the documentary was shot last summer, go back into mosquito-infested terrain and slip into freezing water for one photo?

Veteran wildlife cinematographer Adam Ravetch, who accompanies Nachoum on the trip and into the water, contends that part of Amos’ drive is “to stay relevant.” Another factor may be an outgrowth of his unhappy childhood.

Nachoum’s sisters say the family did not grow up in a “peaceful household.” Their father participated in Israel’s War of Independence and emerged with PTSD. Nachoum was a member of an elite unit in the Yom Kippur War — one that suffered heavy casualties — and that also left its mark.

Whatever spurs him on, Nachoum along with Ravetch and a small party that includes Inuit guides head to the Canadian Arctic in search of a polar bear.  They have only a five-day window before weather will force them out.

The movie debuts virtually on June 19 on virtual cinema. For $9.99, viewers get a three-day window to watch, and the fee is shared with a local theater shuttered by the pandemic or any one of a number of Jewish film festivals across the county.