Exhibit looks at Warhol the shutterbug 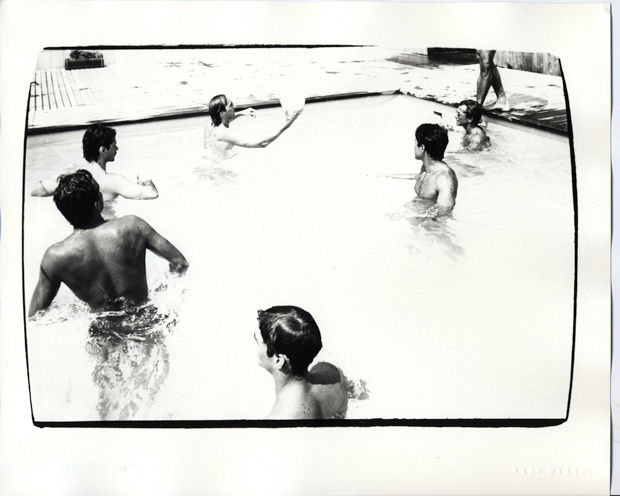 Most people know the artist Andy Warhol for his Marilyn Monroe and Campbell’s soup cans screenprints, but fewer people are probably aware of the fact that he was “a compulsive image-maker,” to quote Terry Suhre, Director of Gallery 210. The exhibition Snapshots and Polaroids by Andy Warhol focuses on the artist’s relentless photographic documentation.  His recording of mundane activities between 1978 and 1987 was a forerunner to today’s social media-obsessed society.

The pictures include pool parties, meals with friends, and informal portraits of celebrities such as artist Keith Haring, designer Diana Vreelanda, and Princess Caroline of Monaco.  Warhol photographed his friends, unknown sitters, and celebrities as equals: candid, overexposed, and/or blurry shots indicate that no one received preferential treatment in the form of good lighting or flattering angles.  This approach becomes an interesting commentary on the nature of fame, celebrity and anonymity.

Some subjects appear more comfortable in front of the camera than others, as revealed in two sets of pictures of two unidentified women, one in a white outfit with a rose on her shoulder and one in a black slip.  The woman in white strikes one pose in all four shots and seems stiff and uncomfortable.  The woman in black, clearly enjoying herself, mugs for the camera.  She puts a fist under her chin in one image and gazes coyly over her shoulder in another.

Several images depict friends Warhol photographed while sitting at tables in restaurants.  In the image titled Diana Vreelanda and Unknown Man, Diana, closest to the camera, is captured out of focus and overexposed by the flash.  Warhol did not consider lighting or composition for these pictures; they’re simply spur-of-the-moment.