Eat ‘right’ to help prolong life, ‘How Not to Die’ author says 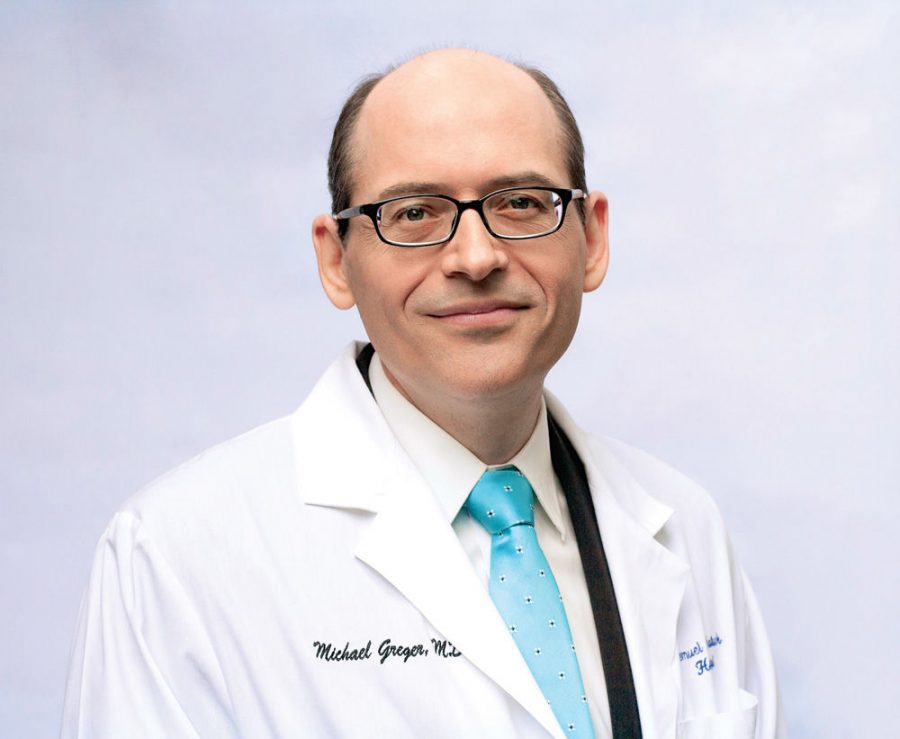 Dr. Michael Greger, author of ‘How Not to Die: The Role of Diet in Preventing, Arresting and Reversing our Top 15 Killers,’ will speak at Shaare Emeth on Oct. 4.

Next month, St. Louisans will have the opportunity to learn how to lengthen their lives through lifestyle changes.

“We have tremendous power over our health destiny and longevity,” said bestselling author Dr. Michael Greger during a phone interview. “The vast majority of premature death and disability is preventable.”

The St. Louis chapter of the American Parkinson’s Disease Association is sponsoring a visit by Dr. Michael Greger, author of five books, including “How Not to Die: The Role of Diet in Preventing, Arresting and Reversing our Top 15 Killers.” The Oct. 4 event at Congregation Shaare Emeth is being held in conjunction with the St. Louis Jewish Book Festival.

“We thought that if we could bring this program to the entire community, it would help family members and young people who hadn’t developed those diseases yet learn how to eat better, live longer and have better quality of life,” said APDA Executive Director Debbie Guyer.

It will be the first time the APDA has teamed up with the annual literary showcase, which is among the largest of its kind in the United States. The Greger talk is one of several “bookend” events taking place before the Jewish Book Festival begins in November.

“We’re really excited about the opportunity to partner with different groups in St. Louis, and it just kind of shows how we can build from each other’s strengths,” said Amy Bornstein, director of Jewish and literary arts at the Jewish Community Center.

Though the event is sponsored by the Parkinson’s Association, it will cover a wide range of topics for a general audience. Guyer said that it is important to keep up with science’s developing understanding of how foods interact with the body.

“I know pediatricians now who are changing their prescription for drinking lots and lots of milk because they are finding that traditional milk from a cow may not be the thing growing children need as much as we used to think,” she said, “There’s that ever-evolving thought that things change over time.”

Guyer, a Shaare Emeth congregant, said she originally heard about Greger at a Parkinson’s event three years ago and was moved to buy “How Not to Die.”

Greger, 45, made quite a splash with “How Not to Die,” which took The New York Times best-seller list by storm with recommendations for lifestyle-based approaches to fight  everything from diabetes to cancer.

Greger said he was inspired to write the book by the experiences of his grandmother, who was confined to a wheelchair at age 65 and received a “medical death sentence” from end stage heart disease. Thanks to dietary changes, Greger said, she went on to live for 31 more years. Greger said that it is important to understand that many foods aren’t objectively bad or good but have to be seen as part of a continuum.

“Are eggs good? Well, compared to the breakfast sausage next to them, yes,” he said. “Compared to oatmeal? Not even close. That’s how you have to think about food.”

Regardless, he said, making good choices has a simple logic, what economists refer to as an opportunity cost.

Guyer hopes Greger will fill Shaare Emeth to capacity. A previous event at the J sponsored by her group drew a standing room crowd of 600 for a talk specifically geared toward Parkinson’s. This time, the target audience is much wider, but the broader message about taking control of one’s destiny is similar.

“There was such an overwhelming response because with Parkinson’s, you can’t control getting it, but you can certainly control how you live with it,” she said.