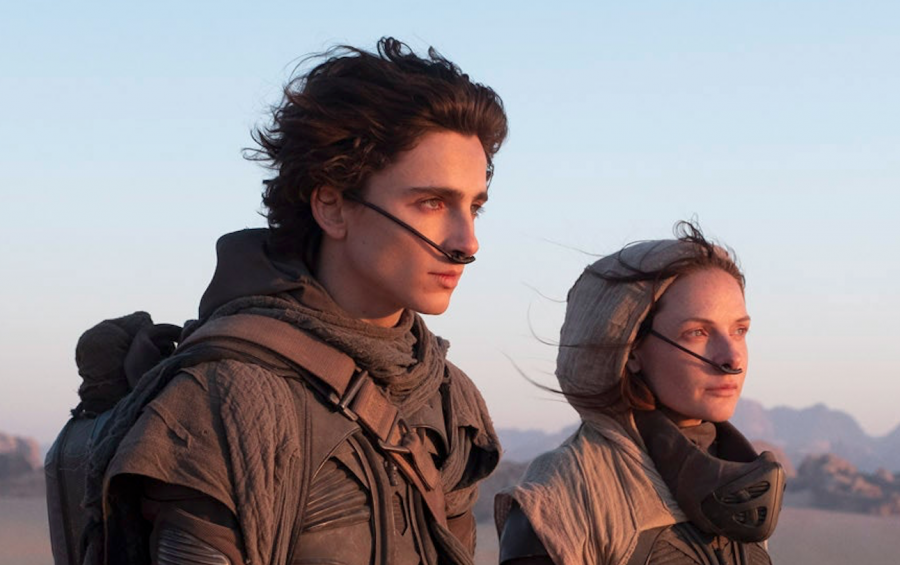 With only 30 credits to his name, Timothee Chalamet has already created a reputation around Hollywood, the very good kind. If he’s in a movie, the whole thing just went up a notch.

With looks that recall a young Sean Penn mixed with a roguishly handsome young Johnny Depp, he’s quickly taking Hollywood by storm.  He chased forbidden love with Armie Hammer in “Call Me By Your Name,” which saw Chalamet nominated for a best actor Academy Award. He’s already played a lover of “Little Women,” battled drug addiction in a true story with Steve Carell in “Beautiful Boy” and embodied King Henry V in “The King.”

The 2019 Netflix film, which revolved around young Henry’s ascension to the throne, marked one of the few leading man roles for Chalamet — who could construct a long career as a heartthrob, yet continues to take bold risks. That bold if misguided film was just a baby step for the 25-year-old actor. Denis Villenueve’s big-budget “Game of Thrones” meets “Mad Max” holiday extravaganza, “Dune” will feature Chalamet up front and personal. While the science fiction epic features Oscar Isaac, Jason Momoa, Josh Brolin and Zendaya just to name a few–the meat of the story spins on Chalamet’s character, Paul Atreides. That’s when you know a director trusts you.

Paul, the son of Isaacs’ Duke Leto Atreides, is tasked with protecting the most important element in his galaxy when his family comes under attack. According to Villenueve, Chalamet’s effect on the “Dune” production was very similar, that it may not have happened if the young marvel hadn’t signed on.

“It’s Timothee. We didn’t have a Plan B,” Villenueve told Total Film Magazine. “Honestly, if he had said no, I don’t know what I would have done. There would be no ‘Dune’ maybe.”

So you have one of the best young up-and-coming talents working hand-in-hand with one of movie world’s most talented and consistent directors. For the record, Villenueve, like his young leading man, hasn’t really swung and missed just yet. He gave us the incredible thriller, “Prisoners,” where Hugh Jackman’s vengeful dad went to great lengths to find his kidnapped daughter.

Villenueve’s “Sicario,” which also co-starred Brolin, rewrote the book on cartel thrillers, featuring Benicio Del Toro in one of his finer roles. Don’t forget Amy Adams in “Arrival,” one of the most powerful and unusual alien invasion films ever made. He also knows how to produce a blockbuster-type release with some soulful grace attached, like we saw in “Blade Runner: 2049.”

Don’t take Villenueve’s words lightly about the vitalness of Chalamet. Warner Brothers Pictures is hedging quite a few of their late year bets on “Dune,” an ambitious film adapted from Frank Herbert’s famous novel. It’ll be the first WB big-time winter release that gets put out in theaters and on HBO Max simultaneously.

Furthermore, legendary composer Hans Zimmer, who usually never turns down frequent collaborator Christopher Nolan, did just that to work on Villenueve’s film. Movie stars like Momoa, who made his breakout in “Game of Thrones,” and Brolin (aka Thanos, Marvel fans) are lined up here around Chalamet’s character. The boy who would be king, but instead of medieval tales of war and greed, this battle takes place in the future.

Both trailers for the upcoming film revolve around Chalamet’s Paul, with the first one (released back in September) opening with his face cast across the screen covered in sand and purpose. The second preview, which just arrived this week, dives deeper into the main plot and its extensions, mainly Paul’s relationship with the mysterious Chani (Zendaya), a woman he finds out in those sand dunes that may have a greater effect on his life than mere love. Little about this movie is quiet, and it’s all film critics can discuss and break down.

At the heart of it is the new boy wonder. For my money, “Dune” is where Chalamet goes from a boy to a man in Hollywood. If you don’t know his name by the end of 2021, something will be wrong. If you can’t stop hearing his name, Villenueve and Warner Brothers’ plan will have worked. There aren’t many actors with just 30 overall credits to their name that get offered this kind of opportunity, but Chalamet is ready for it. He was an actor before he was a movie star. “Dune” allows him to try both on for size.

It hits theaters and HBO Max on Oct. 22.