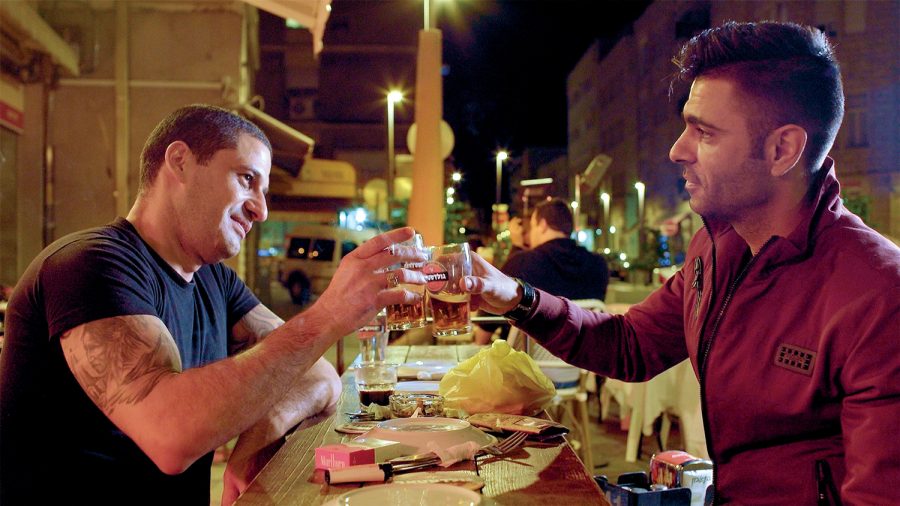 The late Anthony Bourdain once said that “food may not be the answer to world peace, but it’s a start.” “Breaking Bread” not only begins with this quote, but director Beth Elise Hawk builds on the sentiment by showing how preparing and enjoying food together can transcend the boundaries of culture, politics and religion.

“Breaking Bread” is one of the documentaries featured at this year’s St. Louis Jewish Film Festival. However, unlike most of the other films, it is only available for viewing June 6-8.

The film opens with Dr. Nof Atamna-Ismaeel, the first Muslim Arab to win Israel’s version of America’s “Top Chef” competition, explaining her quest to make social change through food. The way she sees it, preparing mouth-watering meals together is a way to build bridges between Arabs and Jews. “There is no time for religion or politics in the kitchen,” she says.

She goes on to start the A-Sham Food Festival, which brings Arab and Jewish chefs to more than 35 Haifa restaurants every December, where they collaborate and transform Arabic dishes together. As I learned in the film, this cuisine is inspired by food from the Levant region, which encompasses Jordan, Lebanon, Israel, Palestine, Syria and parts of southern Turkey.

And while Haifa and the festival play a featured role in the film, it’s the cross-cultural relationships between the pairing of chefs that imbues the story with so much heart.

Some of the richest moments come when they talk about their hodge-podge family histories. For example, one chef runs a restaurant near a beautiful market that until recently was neglected. His father is Catholic from France; his mother is a Jew; he is Arab. Another chef says of his mixed roots growing up: “We spoke in Arabic, laughed in Hebrew, cursed in Romanian, and got upset in Moroccan.” He recalls people of many ethnicities, religions and languages living all around him. Even though he couldn’t understand what his neighbors were saying, it was customary for families to deliver dishes to each other’s homes, speaking to one another through food.

Filled with captivating shots of food preparation as well as fascinating interviews and an upbeat vibe, “Breaking Bread” is a delicious story of Jews and Arabs genuinely embracing what brings them together rather than focusing on what might set them apart.

One bit of advice: Do not watch this film hungry.

How much: Tickets for individual films are $14 for the entire household. An All-Access Pass offers all 13 films, plus a bonus short film, for $95 per household.

More info: Tickets and passes can be purchased at stljewishfilmfestival.org. It is recommended to buy tickets early, as the films have a limit at which they are considered sold out. For more information about the festival, call 314-442-3190.