Do you know this Jew? If you don’t know her face, you sure know her voice 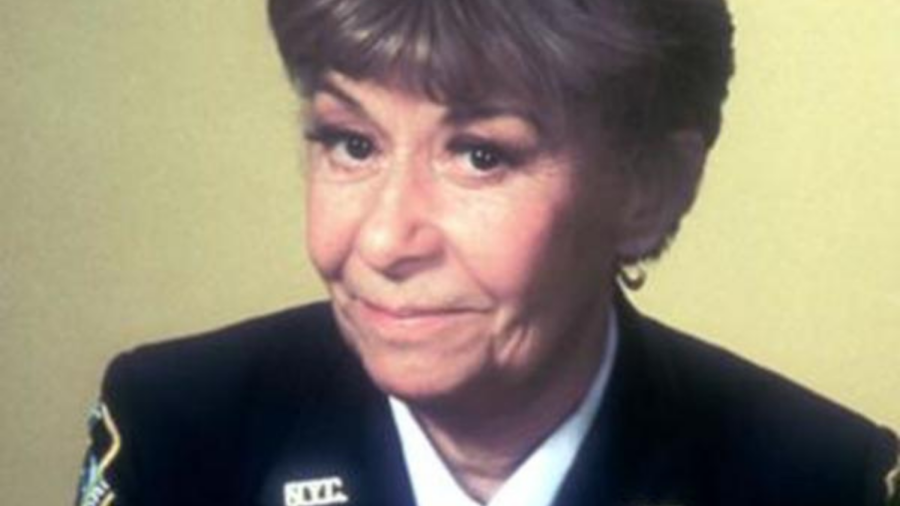 (JWA) — Long before her final role as the grouchy bailiff on Night Court, Selma Diamond earned a reputation behind the scenes as a brilliant, salty comedy writer for some of the best shows on radio and television.

Diamond began writing jokes for radio shows such as You Bet Your Life, The Adventures of Ozzie and Harriet, and Sid Caesar’s Show of Shows in the 1940s and 1950s. Over the course of her career, she wrote for Jimmy Durante, Groucho Marx, and Perry Como, as well as being a regular on the Jack Paar Show and the Tonight Show. Legendary comedy writer Goodman Ace hired her repeatedly for different projects for her acerbic wit. Diamond also acted in various roles throughout her career, from small parts in movies to theater roles.

“I do not discuss my age, height, weight, or other vital statistics. Other than that, shoot. I tolerate any kind of nonsense up until six o’clock. After that, I just want to be admired.” In typical Selma Diamond fashion, the witty, wisecracking (with a voice she once described as sounding like Brillo), longtime comedy writer/actor held her own when warding off nosy interviewers.

Best known as the crotchety, chainsaw-voiced bailiff Selma Hacker on television’s Night Court from 1984 to 1985, Diamond embodied in her writing and her comedy routines the quintessential cynical, jaded character. Penning skits and jokes for some of the early greats of radio and television, she became one of the most famous and accomplished female comedy writers of her time.

Born in London, Ontario, in 1920 to a tailor and his wife, Diamond moved at a young age to Brooklyn, New York. After graduating from New York University, she started to write radio routines for Rudy Vallee and Jimmy Durante. She traced her ambition and talent to her grandmother, who had been a suffragette. Diamond, both hailed and criticized for her dry wit and tenacity in a male-dominated field, was proud to claim lineage from a woman who had fought for equal rights among men.

Despite being greatly outnumbered by men early in her career, she became one of the most successful writers for television. She noted that she was often hired only to provide the “female angle,” but she was soon respected as an equal talent in the heretofore “boys’ club” of comedy writing. At first, she said that male writers were afraid to tell off-color jokes in her presence. This was only one of the many hurdles she had to jump in order to prove herself. And prove herself she did. As she once observed, “There’s no such thing as a woman comedy writer. I’m hired—and I’m fired—as a writer.”

One of the most frequently discussed issues of her life was her status as a single woman. Again and again, she was asked why she never married. Ironically, her very first published piece of comedy writing was the mock news item called “How He Proposed,” for which she was paid five dollars. Later in her career, she based much of her comedy on her life as a single woman. “The only reason for getting married,” she once wrote, “is to have someone get up in the middle of the night to get you a drink of water.”

She did not consider her single status to be a drawback or a flaw. On the contrary, not having to play a wife or homemaker was an asset. During her career, she wrote for Groucho Marx, Sid Caesar, and Perry Como. She was a regular on Jack Paar’s television show, where her dry wit earned her a place as a Goodman Ace Writer and the respect of her male employers, who had once told her that she was not equipped for the hectic lifestyle of a television writer. She proved them wrong, as she did every other naysayer.

Despite her success, Diamond did not become a household name until her role on Night Court. Some of her lesser-known acting roles include the voice of Spencer Tracy’s wife in the movie It’s a Mad Mad Mad Mad World and small parts in My Favorite Year and All of Me. She also appeared on stage in Come Blow Your Horn, Barefoot in the Park, and the musical Follies. Her television appearances included The Tonight Show and a role in the sitcom Too Close for Comfort. Selma Diamond died in Los Angeles on May 13, 1985.

This piece comes from the Jewish Women’s Archive Shalvi/Hyman Encyclopedia of Jewish Women.”

Who is Chloe Coscarelli
Who is Anouk Aimée