Do you know this Jew? He’s called the “Hebrew Hammer” and KO’d his opponent this weekend 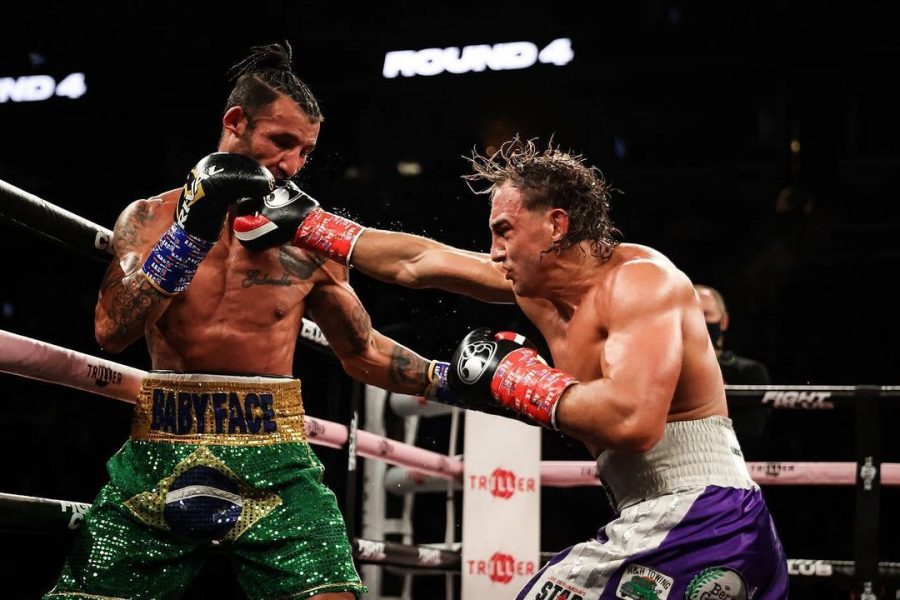 Seldin was born into a tough line of Jewish Americans; his Grandfather was the leader of the Brooklyn biker gang known as the Dragons and his father is known as the “Iron Man.”

Seldin has become a huge fan favorite. His take no prisoners style and one-punch knockout power has electrified fans time and time again.

This weekend, “The Hammer” overcame a slow start against his Brazilian opponent, William Silva, with a pair of right hands in the seventh round, compelling referee Benjy Esteves Jr. to immediately wave off the 140-pound bout (set for 10 rounds) on the TrillerVerz card at the Barclays Center in Seldin’s hometown of Brooklyn, N.Y.

According to Boxing Scene.com, the win gives Seldin, who lives in nearby Bellport, Long Island, his fifth consecutive win ever since dropping a wide unanimous decision to Yves Ulysses Jr. in 2017, his lone career loss.

“This was the hardest training in my life,” Seldin said in the post-fight interview. “Just a year ago I was sleeping on the floor…after three cancellations of a fight, I am 100 percent giving myself an A+ on this. For all the hard work and determination I had to get here.”
Who Is Cletus Seldin
As a kid Seldin was a gifted athlete, and his natural ability allowed him to quickly excel to the top level of competition. He was a New York State championship wrestler as well as an All Long Island cornerback for Longwood Highschool, where he received the “Bulldog” award due to his tenacious style of play. In a televised game, Cletus hit a player so hard that the replay was prohibited from being on air because it was too violent.

Cletus’s strong work ethic and hunger to win translated to dominance in the ring. His come forward, throwback style reminiscent of the greats of boxing’s past like Marciano creates fear in his opponents. He becomes the cerebral assassin that baits you with the left and puts you to sleep with the “Hebrew Hammer” right.