Did you know Doris Roberts was Jewish AND from St. Louis? 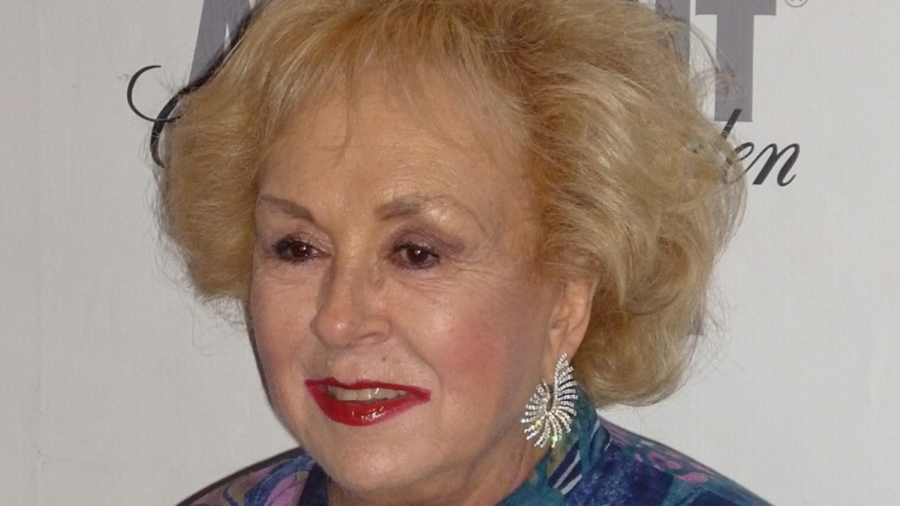 Sometimes you think you know it all, and then something comes along that reminds you that you don’t. Today, I learned that the iconic actress Doris Roberts, was not only born in St. Louis, but she was Jewish as well.

Roberts was born Doris May Green, on November 4, 1925, in St. Louis, Missouri, to a Russian Jewish immigrant couple, Ann and Larry Green.

Roberts discovered her love for acting at an early age. She once said she got her first taste of audience appreciation when in a kindergarten play she “heard the audience burst with laughter, I knew I wanted to be an actor!”

Roberts’s father abandoned the family when she was just 10-years old, and the loss of her father caused deep issues for the young child. Roberts told Parade magazine that “I always thought he left us because I wasn’t pretty enough, smart enough, tall enough. Something was wrong with me, otherwise, my father would never have left my mother.”  Roberts and her mother moved to live with her mother’s parents in the Bronx for a time. Her mother later remarried, and Doris eventually took her stepfather’s name, Roberts. After high school, she attended New York University but dropped out to pursue acting full time.

In the early 1950s, Robert’s career began to move with a mix of television and theater projects. On the small screen, she appeared on such shows as Studio One and Starlight Theatre. Roberts made her Broadway debut in 1955, in a production of The Time of Your Life by William Saroyan. That same year, she also appeared onstage in William Marchant’s The Desk Set.

Soon Roberts found herself playing motherly roles, beginning with Edward Albee’s The American Dream. After making her film debut in 1961’s Something Wild, Roberts bounced between the big and small screen for the next two decades, appearing in films such as A Lovely Way to Die (1968), The Honeymoon Killers (1969), and The Taking of Pelham One Two Three (1974), and such popular television series from the era as Baretta, All in the Family and Soap.

In 1979, Roberts was cast in another maternal role, on the hit television series Angie, which made her a recognizable celebrity for the first time in her career. Following this role, she joined the cast of Remington Steele in 1983. Roberts continued to make regular guest appearances on various series for the next decade, including St. Elsewhere, for which she won an Emmy Award for best-supporting actress. Other iconic series in which she acted during the ’80s and include Barney Miller, The Love Boat, and Fantasy Island.

In 1995, Roberts landed the part of Marie Barone on Everybody Loves Raymond, playing the overbearing mother-next-door to comedian Ray Romano. Peter Boyle played her husband, Frank, on the show, and she and Boyle made one of TV’s funniest couples, often bickering like real-life spouses. Roberts also got a lot of laughs for her less-than-perfect relationship with her daughter-in-law Debra (played by Patricia Heaton).

Playing Marie Barone was a life-changing role for Roberts, as Everybody Loves Raymond made her well known across the globe. As she told Daily Variety, “We’re on the air in 171 countries. . . . This summer I went to went Europe and in every country, I went to (except Russia) people knew my name, would scream and say how much they loved me and our show.” Besides international fame, her work on the show also brought her four Emmy Awards in the best-supporting actress category, in 2001, 2002, 2003 and 2005.

Roberts had seen her acting career continue to thrive after Everybody Loves Raymond ended in 2005. She had made guest appearances on such TV shows as Desperate Housewives and Grey’s Anatomy. Roberts also had recurring roles on Melissa & Joey and The 4 to 9ers. She also appeared in the such films as Play the Game, Madea’s Witness Protection and the Mrs. Miracle series of TV movies.

In addition to acting, Roberts was also an author and activist. She hit the New York Times best-seller list in 2005 with her book Are You Hungry, Dear? Life, Laughs, and Lasagna. She was a supporter of numerous causes, including Puppies Behind Bars and the Children with AIDS foundation. Roberts had also campaigned against age discrimination and testified on the matter before Congress.

Roberts has one son, her manager Michael Cannata, from her first marriage. She was married a second time to novelist William Goyen, from 1963 until his death in 1983.