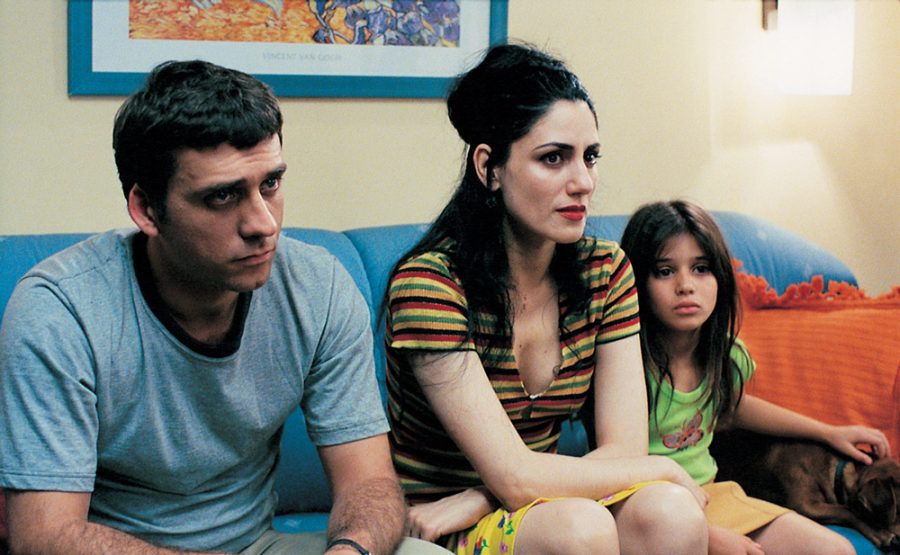 Midway through “Late Marriage,” a 2001 Israeli drama that just dropped on ChaiFlicks this week, a family splits into two cars outside an apartment for a stakeout. Whispering and conniving under the darkness of night, they are there for a reason.

This isn’t your normal stakeout though, where cops drink coffee nonstop and use binoculars to spy and take down information on potential criminals. The goal of this Georgian-Jewish family is to make Zaza (Lior Louie Ashkenazi), a young bachelor holding out on his parents and elders at the age of 31, stop seeing the woman he loves (Ronit Elkabetz) so he can then marry the woman that they will choose for him. Imagine being a 34-year-old divorcee and a group of strangers walking into your home to inform you that due to a failed marriage, you’re not good enough for their kid.

That’s the general setup for Dover Koshashvili’s engrossing film, one that moves quickly and is relentless with its dialogue, which comes out of actor’s mouths like bullets as they overwork their hearts and minds just so one guy can continue a tradition that basically robs an individual of his choice in love and marriage. It’s impossible to watch this film without thinking of “The Big Sick,” a 2017 comedy that centered around a Chicago rideshare driver facing pressure from his Pakistani family to choose a bride out of a box of pictures instead of the American woman he meets at a comedy club. While “Late Marriage” lacks the star power of that film, a true story, it compensates with a group of actors who know how to make a line count and plot setup that doesn’t waver that far from comedy itself while retaining the heart of the matter.

Koshashvili, who also wrote the film, keeps the interactions compressed, like a long two-hour dance that keeps the audience off-balance right up to the bittersweet yet affecting end. Ashkenazi, who looks like a young and stunned Israeli Steve Carell, gives an admirable performance as a smart yet romantically aloof man trying to make the decision of a lifetime. Moni Moshonov, who has made a name in America with roles in “We Own The Night” and “Two Lovers,” steals the film as Zaza’s dedicated yet empathetic father, someone who dealt with similar troubles as his son early in his own life. Elkabetz radiates steely grace as the blind spot that Zaza can’t seem to lose sight of, and Lili Koshashvili could stop a bus with her mile-long stare of dissatisfaction.

But the main star of this operation is the script because it will keep your pure yet loyal heart guessing. You won’t be able to tell whether Zaza will go with one of his biggest yet misleading organs in his body, or will he appease his parents and marry a younger woman who is a virgin. Movies like this ask the viewer to put themselves in his shoes here, and the writing backs up that notion. I appreciated all the little nuggets here, like Zaza’s devotion to his dog and the honest interactions with his father, even when the two men are fuming towards one another. It’s all honest and interesting, which keeps Koshashvili’s film moving smoothly.

The ending will either satisfy you or enrage you quietly, but it garnered my respect for making us wonder all the way down to the final ten minutes.

It is available on ChaiFlicks, with a subscription, right here.