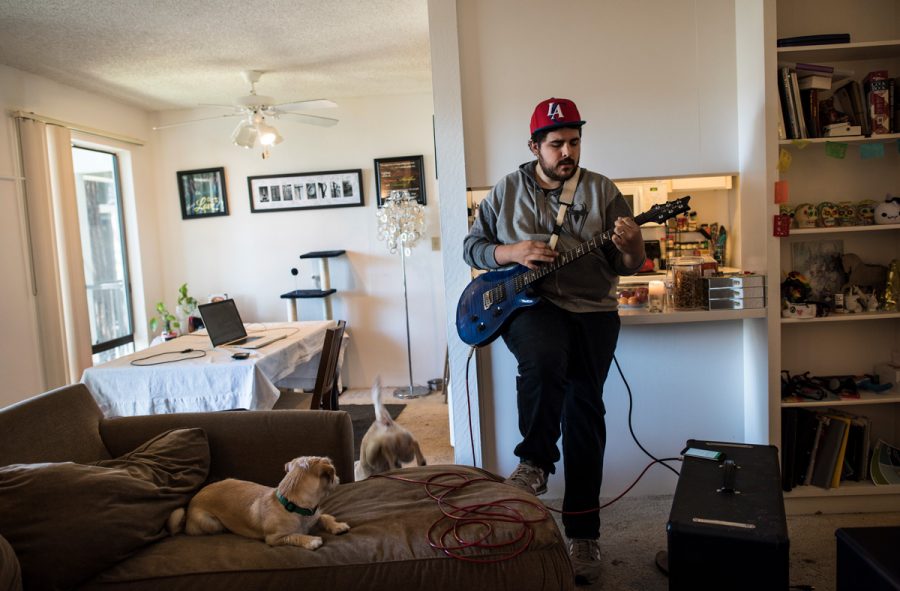 I first learned about the exhibition “Working in America”, on view at Central Library downtown, from an ad I saw on the side of a bus. How fitting: a show about work advertised on a vehicle whose driver is paid to operate it, and which transports passengers to and from their jobs.

“Working in America” is a photography exhibit that’s traveling around the country. It was inspired by Studs Terkel’s book “Working: People Talk about What They Do All Day and How They Feel about What They Do.” Terkel, a Pulitzer Prize-winning author, was the son of Russian Jewish immigrants in New York City.

The Central Library exhibition depicts 24 subjects from 17 states, ranging in age from 21 to 87. All of the photographs were taken by Lynsey Addario.

The show has an online portion that can be found at https://working.org. Visitors to the site can listen to audio interviews with the subjects. Visitors can also create a brief profile about themselves and the work they do, as well as read “Working Stories” contributed by others.

In St. Louis, the show also includes a component about the local history of work, as well as lists by decade of the largest employers in our area.

Each subject in the show has two photographs which measure approximately 4’ x 3’ and are displayed on large wooden stands. One photo is more of a traditional portrait in which the subject sits or stands, usually facing the camera; in the other the subject is engaged in an activity related to the work he or she does. Subjects are black, white, Hispanic, African, and Asian. Professions include a gig economy worker and musician, a professional escort, a military veteran, and a nonprofit executive.

James (30) is a body-piercing artist and electrician who takes pride in both of his jobs. He’s covered in tattoos, even his face and head. He takes a lot of pride in both of his professions. “At the end of the day I am tired but feel good that I fixed something and helped someone out,” he says. “My father [also an electrician] is very professional. Every little thing has to be perfect, and I am the same way.”

U.S. Army veteran Elizabeth Ramos (38) served in the Army for 12 years as a combat documentation production specialist (combat photography). She worked with the First Infantry Division in Iraq on the front lines. Her duties included documenting the division’s raids, searches, and engagements with active combatants. She developed PTSD, as did her husband who was also a veteran. He committed suicide in 2014. Elizabeth’s work has shifted from serving in the Army to taking care of her mental and physical health, and raising her four-year-old daughter. She says, “I’m modeling for her what a woman is gonna be, and I don’t want her to be angry and depressed and anxious.”

David Alatorre (28), gig economy worker and musician, likes the variety that comes with participating in the gig economy. In addition to playing in a band, he drives for Uber and Lyft and works for tech companies like TaskRabbit (which sends him to assemble IKEA furniture for customers) and Instacart (delivering groceries). He says, “I’m not stuck in an office. I like being my own boss.”