Before ‘Men in Black,’ filmmaker felt alienated from parents 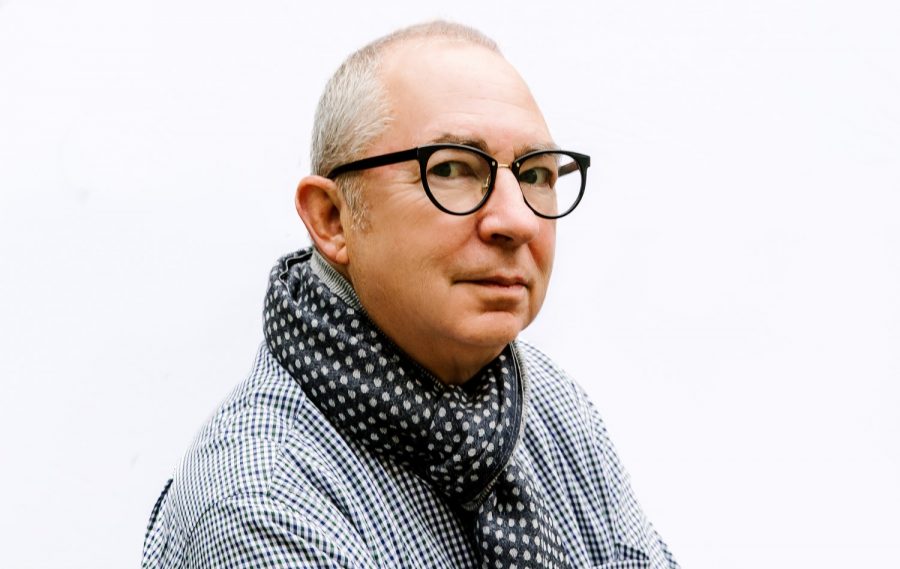 If Barry Sonnenfeld, the director of the first three “Men in Black” films, had been able to appear in person at the St. Louis Jewish Book Festival, he might have gone up the Gateway Arch for the first time.

That is as long as he “knew there was absolutely no way I could commit suicide at the top,” he said, apparently very worried given his extreme fear of heights.

Sonnenfeld frequently feels like he or members of his family are on the verge of death. For example, he thought his father had died when as a teenager Sonnefeld attended a 1970 Jimi Hendrix concert and someone said over the Madison Square Garden public address system, “Barry Sonnenfeld, Call Your Mother.”

That’s part of the title of his new book. The rest is “Memoirs of a Neurotic Filmmaker.”

In the book and in his films, Sonnenfeld, a 67-year-old Jew from New York, has managed to find humor from a batch of neurosis that, according to the actress who plays Larry David’s wife on “Curb Your Enthusiasm,” is substantially worse than David’s.

Not only that, but Sonnenfeld has built a successful career in spite of a childhood filled with significant trauma, including sexual abuse.

But rather than get to talk about all that with the Jewish Light in person, Sonnenfeld is stuck in Vancouver, British Columbia, filming an Apple TV Plus series there because the COVID-19 numbers are significantly lower north of the border. And yet, every three days he tells his wife, Susan Ringo, who he calls “Sweetie,” that he thinks he has the virus, he said. (She reassures him that he has a sore throat because of the California wildfires.)

And so, Sonnenfeld spoke with the Light over the phone and will serve as the keynote speaker virtually (like all authors this year) at 7 p.m. Sunday, Nov. 1.

Sonnenfeld, who also was the cinematographer for the Coen Brothers’ first three films, is aware of the irony that a memoir in which he writes about his lack of connection to the religious aspects of Judaism and his efforts to get out of his bar mitzvah would generate enough praise to earn him an invitation to a Jewish book festival.

“Or maybe they didn’t read the book,” he said. “Here’s the thing: I am without a doubt a cultural Jew, and what I mean by that is I have a sense of humor. I have a sense of dread. I have anxiety. I embrace the intelligence that a lot of Jews I have known have had, and there is no one who would meet and not say, ‘Boy, there’s a Jewish guy.’”

As it turned out, Sonnenfeld’s father had not died during the Hendrix concert. His mom was just concerned because he was out past 2 a.m. She had managed to convince a staffer at Madison Square Garden that it was an urgent matter.

When Sonnenfeld was supposed to be training for his bar mitzvah, he was instead looking at Playboy at his friend’s house. When he finally got caught, weeks before his bar mitzvah, after two years of truancy from Hebrew school, Sonnenfeld suggested to his father and his rabbi, whose cigar smoke made it difficult for Sonnenfeld to breathe, “I guess I shouldn’t get bar mitzvahed?”

His father said that was not an option. As it turned out, that was apparently because his father, perpetually short on cash, wanted the money Sonnenfeld would receive as gifts to pay off a debt.

“I embrace the absurd. I really think life is often absurd, and my upbringing has been absurd, and it’s amazing I get out of bed every day given my strange parenting,” he said.

For Sonnenfeld, the stolen money was the least of it. His father had numerous affairs and his mother frequently threatened suicide. In addition, a cousin who lived with the family molested Sonnenfeld and Sonnenfeld’s best friend and a few of Sonnenfeld’s cousins.

The notion that creatives need darkness to produce great art?

“That’s true in some cases, and in other cases, it’s devastating… I think both Robin Williams and Jerry Seinfeld, [two] incredibly funny and observant and brilliant comedians, didn’t have traumas, so I would say sometimes it’s great for comedy, and sometimes it ruins your life and other times you don’t need it, so I don’t think there are any rules,” said Sonnenfeld.

Sonnenfeld said that there are so many groups filming in Vancouver that the testing lab can’t keep up with the number of COVID-19 tests. They have “literally had to change our schedule in the first six days twice because some background actors that we needed, their test results didn’t come back…But I’m glad we’re filming,” he said.

Sonnenfeld also recently received another bit of good news: Warner Brothers optioned his memoir to be adapted for a television series.

“The hard part for me is to take me out of it and know what’s funny for the show, even if that didn’t happen. I don’t want to be the guy who will say, ‘No, I always made a left turn there.’ I have to remember that we are making a fictional version of my life,” he said. “Although, we are planning to call it, ‘Barry Sonnenfeld, Call Your Mother.’”