A belated ode to the true star of ‘Gossip Girl’: Cyrus Rose

While everyone else is talking about the reboot, I'm here to declare that Wallace Shawn's portrayal of this iconic Jewish stepdad has been long overlooked. 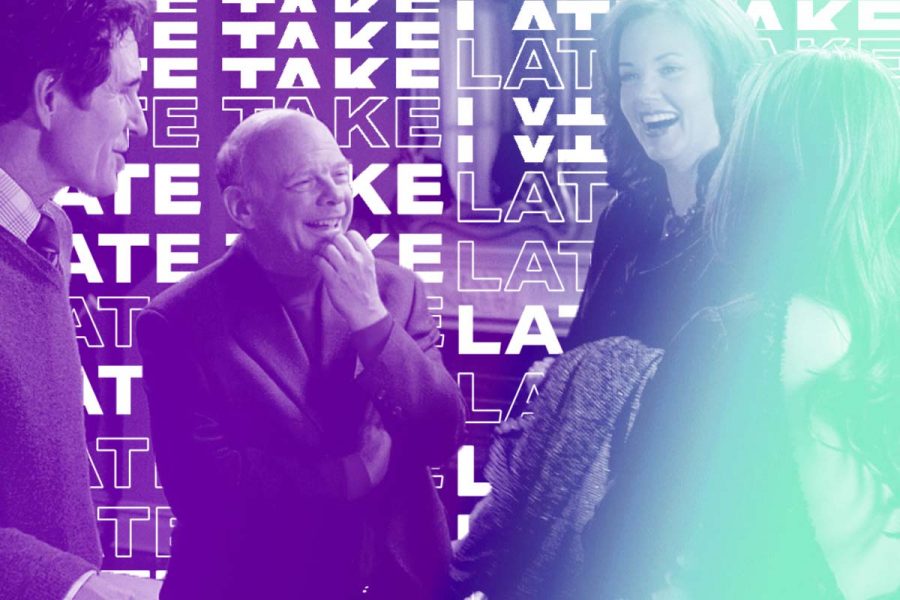 A “Gossip Girl” reboot may be happening, but I’m not done talking about the original series. I mean, I’m still resentful that Dan published a story about a manic pixie dream girl in The New Yorker at age 16. But that’s not the point here, nor is the fact that I compare my writing career to those of fictional characters (looking at you, Jane Sloan). The point is to definitively declare the best character of “Gossip Girl”: Cyrus Rose, the Yiddish-speaking, hug-giving, breath of fresh air we all needed as we watched Chuck and Blair refuse to confront their feelings for six seasons straight.

“Gossip Girl” was developed by Josh Schwartz, creator of “The O.C.” — and while his west coast teen drama included a nuanced portrayal of a Jewish family, “Gossip Girl” was surprisingly gentile for a show that takes place on New York’s Upper East Side. Enter: Cyrus Rose (played by Wallace Shawn), a textbook mensch.

Cyrus first appears during season 2, when he starts dating Blair’s mother, Eleanor. At first, Blair hates him — he’s scrawny, overly affectionate, and far too sincere for Blair’s scheming Scorpio sensibilities. But over time, she realizes she unfairly judged him based on his looks. As Blair comes to love her stepfather, so did fans.

Every last character on “Gossip Girl” falls victim to the drama and deceit that fuels high society on the Upper East Side, but Cyrus sticks to his morality, showing unconditional love to Blair even when she’s, well, acting like a main character on “Gossip Girl.” Even Dorota, Blair’s lovable housekeeper/sidekick, was known to snoop around and play detective. (Also, I’m not not still thinking about Mayor Bloomberg’s cameo in the series finale, when he claims to have thought Gossip Girl was Dorota all along.) Dorota — who would be the MVP of the series if not for Cyrus — is the recipient of Cyrus’s generosity. In season 3, Cyrus casually buys her an apartment in Queens as a gift for basically raising Blair. So hey, was Cyrus secretly reading some Marxist literature about wealth distribution after dark in his Manhattan penthouse? “Gossip Girl” doesn’t really model a realistic financial outlook, and there are a lot of holes in this theory, but that’s my personal headcanon.

Cyrus is often a source of comedic relief — when he hugs his loved ones, he shouts, “not enough!” and goes in for a second hug. When the Princess of Monaco asks him, “You’re still a hugger, I hope?” he replies, “Is a Northern spotted owl still a predator?” Eleanor rolls her eyes, but as viewers, we know she loves him. And we do, too.

Beyond his wholesome charm, his character gives “Gossip Girl” the chance to include Jewish culture and customs in the show. How many CW dramas can you think of that include both a Passover and a Yom Kippur episode? “Gossip Girl” loves a chaotic, holiday-themed episode – after watching through the series, you’ll never look at Thanksgiving the same way again. But there are only so many Thanksgivings to go around, so Jewish holidays could serve as a convenient way to bring characters together around a dinner table.

However, the Jewish holidays weren’t just empty plot devices, though. Thanks to Cyrus, we do get a glimpse of Jewish culture. In the Passover episode (season 2, episode 21), called “Seder Anything,” Cyrus prepares “a brisket that is going to blow your socks off” while wearing an apron embroidered with “shmutz happens.” Then, during the seder, he flaunts his dad joke skills: “That was the washing of the hands. Also called the Title 88 of the New York City health code.” If that’s not Jewish, I don’t know what is.

Still, the titular Gossip Girl gets the best line of the episode. When Serena returns from Spain, Gossip Girl says: “Baruch Atah ay dios mio! This Passover is going to get its own Spanish Inquisition!” Knowing that (spoiler alert) Gossip Girl isn’t Jewish, does this come off kind of weird? Yeah. Do I still love that line? Absolutely. “Seder Anything” may not rise to the glory of the Rugrats Passover episode, but you could say that Cyrus is the Grandpa Pickles of the “Gossip Girl” universe.

We also learn in the Passover episode that Cyrus was a Vietnam veteran, and he carried a future NYU admissions counselor through the jungle for five hours, saving his life — so, of course, he calls in that favor to get Blair an interview after her Yale acceptance is rescinded. (Maybe serving in Vietnam was when Cyrus was radicalized, according to my headcanon? It’s a stretch, but hey.) When Blair apologizes to her stepfather for being snotty about NYU not being an Ivy, he jokes, “Well, that’s why God invented Yom Kippur!”

Sure enough, by season five, we arrive at the deliberately corny episode title, “The Fasting and the Furious” (episode 5). When Blair and her fiancé, the Prince of Monaco, announce they’re pregnant, her mother warns Cyrus, “I don’t think I’m going to be able to make it to sundown without eating.” At break fast, Blair argues with her future mother-in-law about whether or not her son will be an heir to the throne, which isn’t typical Yom Kippur fare, but that’s “Gossip Girl” for you.

It’s worth pointing out that Cyrus’s character does play into some Jewish stereotypes. Did TV really need another Jewish character who is a wealthy entertainment lawyer? Probably not. But, Cyrus’s footing in the industry does come in handy for some fun cameos, like when Lady Gaga makes a guest appearance on the show. “You may not have heard of Cyrus Rose, but Lady Gaga certainly has,” Blair tells the theater kids at NYU when she brings them to a Gaga dress rehearsal. “Who do you think ‘Poker Face’ is about?”

So, yes, in the “Gossip Girl” universe, the lyric “I’ll get him hot, show him what I got” is about a soup-slurping, brisket-cooking Jewish father. Cyrus might not be the most popular Jewish Rose to grace our television screens, but let’s face it: If you can make it through “Gossip Girl” with your morals still intact, and even befriend Lady Gaga along the way, you must be a mensch and a half.