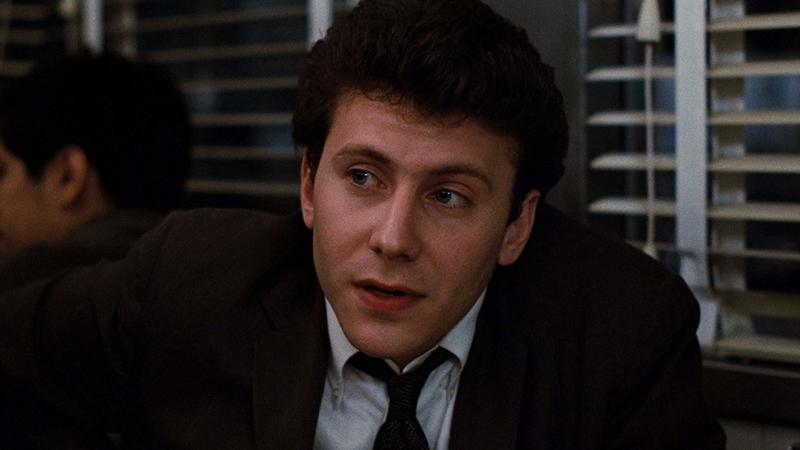 Paul Reiser is the actor who makes even the most sage advice sound drastic onscreen, creating instant hilarity while also ringing a highly realistic relatable depth. Take Netflix’s “The Kominsky Method” for example, which just debuted its third and final season.

Reiser, whose family is of Romanian-Jewish descent, had a series regular role for the second half of the show’s run, playing the much-older retired school teacher dating Sandy Kominsky’s (Michael Douglas) much-younger daughter. A situation literally dripping in comic gold-potential, Reiser didn’t try to overplay the role or create an entirely different personality. He was just older Paul Reiser, the same lovable yet worrisome everyman from “Mad About You.”

Don’t take this as a dig at the funny man. We don’t need every single performer in Hollywood to go all U2 on us and try to evolve every five years. The 65-year-old Reiser, who attended the East Side Hebrew Institute in New York, hasn’t exactly stretched painfully outside of his sweet spot in his 54 roles/projects. But that’s not to say he’s always the same person, only that he found a niche. Let’s take a brief look at five of his roles that you need to track down, along with one ahead for the road.

Where it all began. Fun fact: Near the end of “The Kominsky Method,” Reiser’s Martin actually watches a scene from this nearly 40-year-old movie, directed by Barry Levinson, commenting about co-star Kevin Bacon’s smallness (haha). It was a six degrees of Reiser moment, or Chuck Lorre’s show was attempting to present another dimension-because Levinson had a guest role, as himself, on the show. “Diner” represented the birth of the Reiser angst, whose Modell was just one of the college-departing, adulthood-entering guys that Levinson explored in the film. A good oldie. Steve Guttenberg, Mickey Rourke, Daniel Stern, and Tim Daly co-starred.

James Cameron’s sequel to Ridley Scott’s 1979 original featured Reiser in the scenery-chewing, easy-to-hate role of the guy responsible for sending Sigourney Weaver and company on another head-on fight with the killer creatures. He’s the fast-talking, low morals who initially supports and inspires Ripley and her team, but soon is revealed as a sleazy financier who only sees the green endgame. Ingenious idea on Cameron’s part to play off the actor’s charm for a bad guy story thread.

This is where the Reiser charm and screen persona broke bad again, but with a twist. Like Cameron did in his science fiction classic, the Duffer Brothers presented the actor as a sweet-looking pitstop that turned into a much-more malevolent threat to the protagonists. But the twist was seeing the brothers give Sam a good-guy sendoff. Instead of merely relying on against-type casting, the Duffers went full circle with Reiser, getting the most out of him.

The sweet side with a hint of sadness was the basis of Reiser’s dad role here. Playing the supportive father of Miles Teller’s tortured drummer, he was the other side of the coin facing J.K. Simmons’ domineering teacher. One of Reiser’s greatest traits is utilizing dialogue, especially the rhythm-infused kind that Damien Chazelle’s brilliant drama showcased. A small yet fine turn.

Underrated in every way and featuring one of the best ensembles that nobody talks about (Randy Quaid, Matthew Modine, Janeane Garofolo, Amy Brenneman all in their prime), this Sam Weisman-directed film examines the ever-restless nature of single parenthood for three divorced dads. Reiser, and Quaid especially, got to express more drama than expected, which blended well with their respective comedic gifts. Reiser is the more sympathetic friend who can’t help being an old school romantic. He gave the script more than it gave him, let’s put it that way.

He always made a lot out of a little, a talented comedy actor who could step into more dramatic shoes without making a big deal out of it. If you need more Reiser, he has a small part in a new film called “Scenes From An Empty Church,” about a group of priests ruminating during lockdown, debuting next month digitally and in select theaters as well.