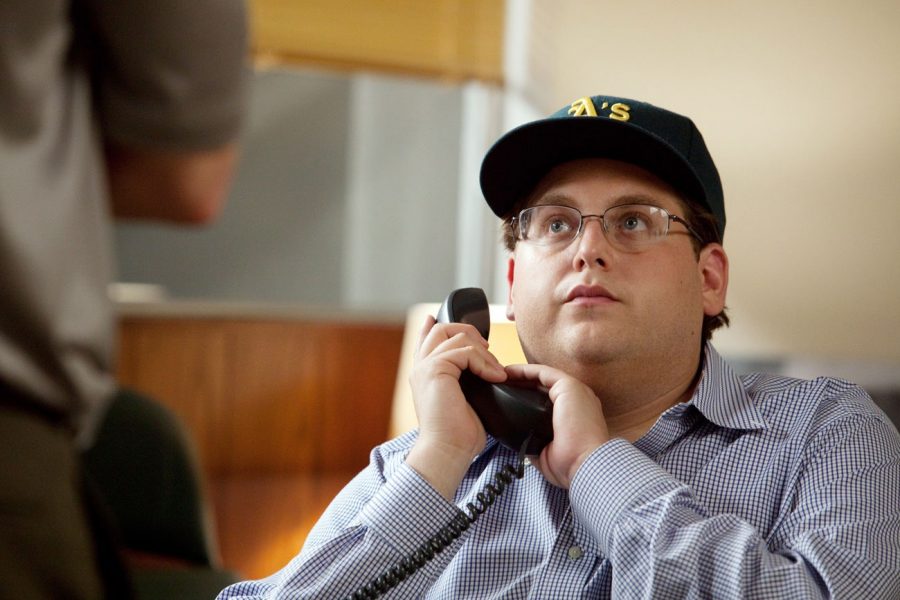 Last week, Jonah Hill signed on to play the famous singer and band leader, Jerry Garcia in a Martin Scorsese-directed film. But long before the Jewish actor started feeling grateful for the dead in a musical way, Jonah Hill took on roles as the jokester. Or, the guy casted in a film due to his ability to make people laugh and connect well with other castmates on a set.

While most of his fans point to 2007’s hellaciously funny “Superbad,” it was technically Hill’s 16th role in Hollywood. This followed very small parts in Judd Apatow’s “Knocked Up” and “The 40-year-old Virgin.” Jonah’s first role ever was in David O. Russell’s “I Heart Huckabees.” All in all, he has played a part, big or small, in 64 movies or television shows. Let’s pick out the five best for you to devour this week as November preps its end.
Aaron Green in 2010’s “Get Him to the Greek”
A true disciple of the Apatow comedy school, this Nicholas Stoller-helmed film was the first real test of his newfound superstardom. After the 2007 breakout comedy hit, he was cast beside the overwhelming comedic mind of Russell Brand. Playing a record company intern who must get a troublesome singer to a concert on time, Hill’s comedy fused well with Brand’s tempo and elicited easy-to-please laughs.

Few people left this movie and saw a rug as anything more than a furry wall trapped on a floor. He carried the film to a $17 million opening weekend (half of its budget), and solid reviews. This was where audiences found out he could carry a film.
Schmidt in 2014’s “21 Jump Street”
With no offense to Johnny Depp, this remake of the high schoolers-as-cops action comedy was far superior. Teamed up with the “it” boy of the moment in Channing Tatum, Hill’s flair for comedy once again soaked all the goods out of the script and created a highly enjoyable movie for the young generation. In other words, a remake that worked. One that worked well due more to Hill’s effortless work.
Donny in 2018’s “Don’t Worry, He Won’t Get Far on Foot”
One of his most overlooked performances, Gus Van Sant’s drama offered him the opportunity to play a role sans comedy. While the Joaquin Phoenix-starring film did include some dark comedy, it wasn’t a genre-level comedy. Playing one of the influential people who helped Phoenix’s politically charged cartoon artist, Hill tugged on soulful strings. His charismatic sponsor gave him the chance to play a smaller role with a big impact. Also, one can’t mess with those long blonde locks of hair.
Donnie Azoff in 2013’s “The Wolf of Wall Street”
Did you know Hill has more characters named “Donny” and “Jonah” than any other character name? This role helped him grab his first Oscar nomination, playing the sideman to Leonardo DiCaprio’s corrupt stockbroker. Another role that he disappeared in, Hill once again showed an ability to carve a great performance out of a smaller role opposite a movie star (and his real-life friend, Leo). Anyone who has witnessed the sequence where Donnie and Jordan Belfort consume too many Quaaludes and trip will produce very loud laughter.
Peter Brand in 2011’s “Moneyball”
One of the best baseball films ever, the Aaron Sorkin co-written drama handed Brad Pitt and Hill arguably the best roles of their respective careers. A pair of minds that led the charge on sabermetrics, it was the two actors who carried the script and the story into places that could entice even the most casual of baseball fans to the theater. And yet another instance where Hill more than held his own with a movie star castmate with the juicier role.

Don’t get me wrong, “Superbad” is a fine comedy and thrives off Hill’s support, but there were other movies that stood out more. Sometimes, the big start can be long forgotten because of the success one accumulates afterwards. What started out as a Judd Apatow bandmate has turned into a career with two Oscar nominations and more to come. Maybe the next time Hill has a date at the Kodak Theater, he will be accepting an away for playing Jerry Garcia.