2021 Golden Globes: All the Jewish nominees, from ‘Mank’ to ‘Borat’ to ‘Unorthodox’ 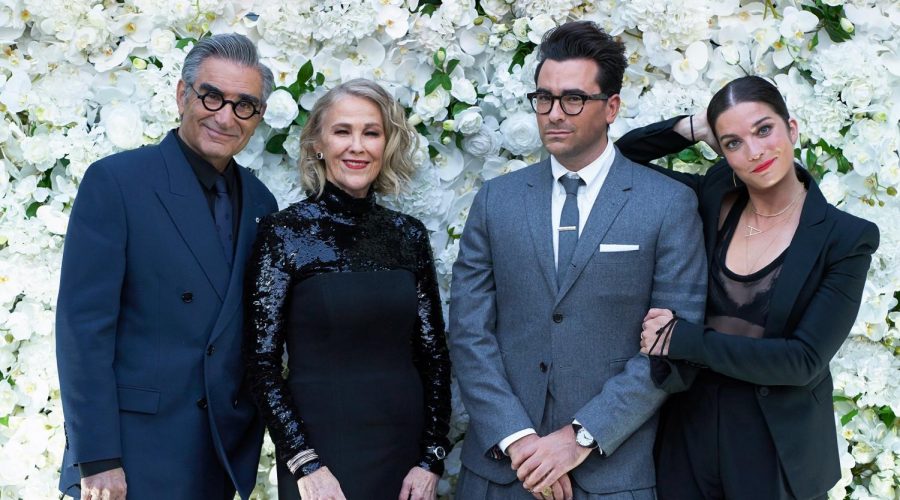 (JTA) — “Schitt’s Creek” is trying to pick up in the Golden Globes where it left off in the fall with its historic Emmys sweep.

The show about a wealthy interfaith Jewish family was nominated Wednesday for five awards, including four for the main actors and one for best series.

There are plenty of other Jewish nominations, too, notably “Mank,” the acclaimed film on the story of Jewish screenwriter Herman Mankiewicz, with six.

The Golden Globes, taking place virtually in the new pandemic normal, will be held Feb. 28 and hosted for the fourth time by comedians Tina Fey and Amy Poehler. This time they’ll be on different coasts.

Unlike the Oscars, the Globes divide their film categories into musical or comedy and drama, allowing for a wider range of actors and actresses to be nominated. The television categories are divided, too, similar to the Emmys.

Check out all the Jewish nominees below.

“Schitt’s Creek” is up for best series and Eugene Levy, Dan Levy, Catherine O’Hara and Annie Murphy are all nominated in the best television series, musical or comedy categories. The show follows the well-to-do family that loses its money and is forced to live in a small town they once bought as a joke.

Up against “Unorthodox” in that category is “The Undoing,” a not-very-Jewish HBO miniseries adapted from Jewish author Jean Hanff Korelitz’s novel “You Should Have Known.”

Jane Levy, a Jewish actress, is nominated for her role in “Zoey’s Extraordinary Playlist,” a musical NBC comedy.

Last but not least: Al Pacino is nominated for his role as Meyer Offerman, a Jewish Nazi hunter with a Yiddish accent in the Amazon Prime show “Hunters.”

“Borat Subsequent Moviefilm,” starring Jewish actor Sacha Baron Cohen as Borat, a fictional journalist from Kazakhstan, was filled with Jewish moments and timely commentary on anti-Semitism. It received three nods from the Globes: for best motion picture, musical or comedy, for best actor in the musical or comedy category (Cohen) and best actress in the same category. Maria Bakalova, the Bulgarian actress who plays Borat’s daughter in the film, delighted viewers with a wacky breakout performance (and a memorable scene with Rudy Giuliani).

Borat Sagdiyev returns to America in the sequel to a 2006 movie about the fictional Kazakh journalist. (Amazon Studios)

“The Trial of the Chicago 7,” also starring Sacha Baron Cohen, is the story of Jewish anti-war activist Abbie Hoffman from Jewish writer-director Aaron Sorkin. The film is up for five awards: for best motion picture, drama; supporting actor for Cohen; best director and best screenplay for Sorkin; and best original song for “Here My Voice.”

Sophia Loren‘s Holocaust film “The Life Ahead,” which tells the tale of survivor and former sex worker Madame Rosa, is up for two awards — best motion picture and best original song.

Jewish actress Kate Hudson was nominated for her role in “Music,” the musical drama film from singer-songwriter Sia.