10 things to do this weekend instead of watching the Cardinals 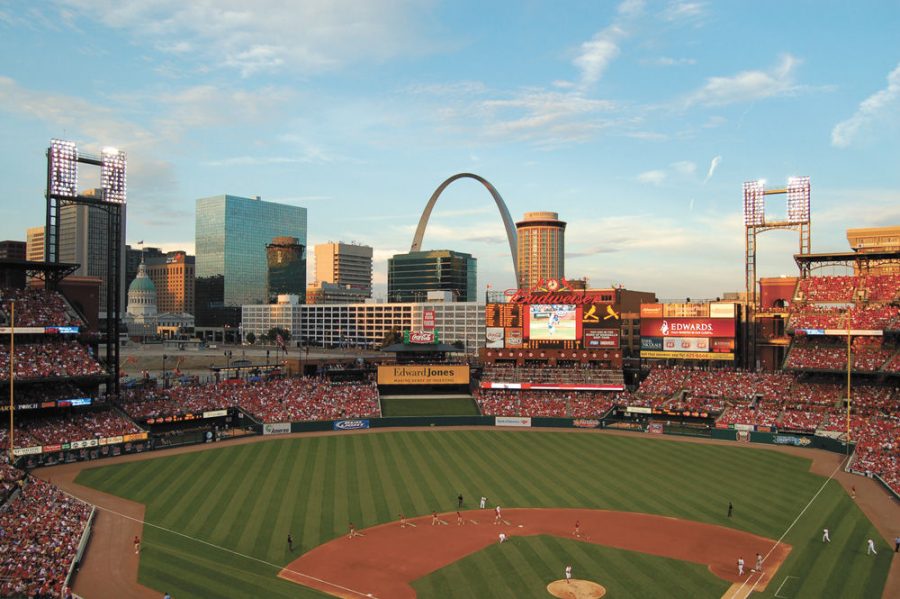 Times sure are tough down at Busch Stadium. The St. Louis Cardinals keep finding more ways to lose baseball games, and the other team’s record doesn’t seem to matter. By either walking runners in or failing to push runs across of their own, the Cardinals — once the sports kings of St. Louis — are sitting in fourth place in the National League Central Division. It’s not early anymore. There are no excuses for millionaires cashing $45,000 checks for an at-bat that saw them strike out on four pitches. Just losing.

So, let’s talk about other stuff to do this weekend instead of watching St. Louis lose to the fifth-place team in the division: the Pittsburgh Pirates. The rain may dampen some of these activities, but I assure you they will be better than hearing a position player tell the media that the team needs to do more advanced scouting of the opposing pitcher before first pitch.

10) Check out a new BBQ place in St. Louis Hills

Do I need to say more? A new barbecue establishment in the area should trigger a bevy of foodies gathering in a parking lot smelling the sweet aroma of meats, sauces and all the foods that don’t have legs and can run away. Smoke N Bones BBQ is located right off Hampton Avenue and their menu is stocked with all kinds of BBQ classics. Here are a few tips to consider. Nothing solves a baseball problem better than a big meal that leaves you wanting more… next time. There’s something fun and enlightening about trying a new place as well.

9) Get your pastrami on

Kohns, on Old Olive Street Road just south of the Jewish Community Center, has a pastrami sandwich worth fighting The Rock for. Staffed with employees from all over the world, original owners Simon and Bobbi Kohn’s place thrives to this day. Fifty years ago, they were a couple of post-World War II immigrants from Europe looking to make their mark. Sauce magazine once wrote that this place features a pastrami sandwich that “is about as perfect as a sandwich can be, and a welcome reminder that the simplest things are often the most satisfying.” Bear in mind that Kohn’s closes for Shabbat mid-day Friday and reopens Sunday morning.

Everybody panicked a little when Disney released its latest Pixar story directly to streaming customers of Disney+ without an extra charge — something the company didn’t do with “Raya and the Last Dragon” or “Cruella.” But I am happy to report that the coming-of-age story that takes place off the coast of the Italian Riviera is a sweet and charming story for souls of all ages. What director Enrico Casarosa implements here is an enriching experience that will make you start planning a trip to Europe soon and remember the good old days of innocence being lost and purpose being found as a young teen. A tale about a sea monster who discovers a whole new world on shore–one that is harsher and sweeter than he ever would have thought. Jack Dylan Grazer’s voice work is a standout among the cast, but your heart will be taken by the two old Italian ladies who love their gelato.

*Movie Addicts like me: Once finished, listen to the Reel Spoilers podcast for an interesting theory about “Luca” possibly being a longer short film that was made into a feature-length film.

7) Shakespeare in the park

“King Lear” fans, this is your final weekend to take the Forest Park event that brings droves of people to midtown. When I used to drive for Uber, this event packed the place — it would take longer to get out of the park than it did downtown after a Cards game. Bring an umbrella and soak in the ancient tellings of a time far, far ago. It’s better than paying $12 for a Bud Light and watching Paul DeJong try to avoid striking out.

6) A little metal for your musical delights

Impending Doom is playing at the Red Flag on Locust Street this weekend. Originating out of Riverside, Calif., this group formed in 2005 and wasted no time getting out on the road and touring. Along with their four records and single E.P. release, they will most likely bring new material to town this weekend. Come to think of it, watching losing baseball is like a silent heavy metal riff going off in your head. If you’re into it, why not just hear the real thing out loud? If it’s not your thing, give it a shot… maybe it’ll become your thing.

Don’t worry, there aren’t 150 episodes and 11 seasons to catch up on. I’m nicer than that. You won’t go through your pantry snacks and wear the same sweat pants all weekend on this one. Chuck Lorre has created several binge-worthy television shows during his time as a producer and creator, but this one is his best. Michael Douglas and Alan Arkin roasting each other as old lions in the digital world of Hollywood is a gas for any age group. Wait for the cameos and supporting turns, especially from Douglas’ “Romancing the Stone” cohort, Kathleen Turner, and a guy you know as Morgan Freeman. It’s not just laughs; there’s true heartfelt grace at the center of this series, which ran for three seasons and stayed under the 25-episode total mark. Each one runs for around 30 minutes and will have you laughing and even crying a little. You may wish to mix bourbon with Diet Dr. Pepper after it’s over.

Any cat owner knows the trials and tribulations of owning a cat. As the owner of three cats, I get it. They are nocturnal, spending the wee hours of the morning whining about things that humans can’t understand–like reading a script for a Christopher Nolan movie out of order without glasses. So take them to Mauhaus Cat Cafe in Maplewood. The place scored a 4.8 out of over 1,300 reviews on Google. One satisfied customer said online, “Better than the park, yoga, or a bar-just give me tea and a pop tart.” Full of feline toys and fellow cat rescuers, this could be the calming mechanism that all grown-ups, tired from adulting and responsibility, might need the most. A simple strawberry pastry with some trusted herbal tea, and one happy cat. They’ll still make the sounds at night, but they will be built out of joy and not sorrow.

3) Prepare for the release of “Black Widow” in two weeks

By watching Scarlett Johansson’s final ode to the role that helped turn her into a star, you will also get to witness the first Marvel film release since “Spider-Man: Far from Home” nearly two years ago. The Jewish actress has made her mark more on the dramatic side of Hollywood’s playground, but her work as Natasha Romanoff shouldn’t go unnoticed. From her first appearance in “Iron Man 2” to her last in “Avengers: Endgame,” Johansson brought that signature blend of conviction and versatility to a franchise that needed every ounce of female firepower. My advice: Watch the two films that bookend Cate Shortland’s new film: “Captain America: Civil War” and “Avengers: Infinity War.” Just head back over to Disney+. Fun fact: Jac Schaeffer, a Jewish screenwriter who gave the world “WandaVision,” has a story credit here as well.

2) Visit an old favorite on The Hill

A few weeks ago, I hung out with my family at Milo’s Tavern, a corner bar in the heart of the Hill right off Marconi Avenue. Equipped with inside seating and a glorious outside dining (and drinking) area, this one checks all the boxes. Sitting at a table surrounded by current and former X-ray technicians, spinning stories and zinging jokes, I felt at home. Richard Buffa, my old man and best friend to this day, worked at Barnes Jewish Hospital for over 35 years as a tech, so hearing more stories and sipping cold ones with his crew-some who I first met as a kid-was a blast. Having the wife and sister nearby kept me in order. Italian or not, you always feel like family on The Hill. Maybe I recommend a little Bocce while you’re there.

1) Enjoy an afternoon with Waino

If you absolutely must watch Cardinals baseball, save it for Saturday afternoon. Everything could be going wrong in Cardinal Nation, but the ageless wonder we know as Adam Wainwright hasn’t lost his batteries or functionality just yet. He’s one of the few bright lights in a dismally disappointing season for the Cards, and he takes the mound on Saturday. His last effort? A complete game effort (albeit in a seven-inning game of a doubleheader) against the Atlanta Braves. Whether he’s hitting or pitching, Wainwright is a delight to watch work. If the rain holds off, get some Waino time in. He won’t pitch forever… I think.

Whatever you choose to do, enjoy the time. As they say in the movies, none of us are making it out of here alive–so do it all and hug more people along the way. Hugs mean love.