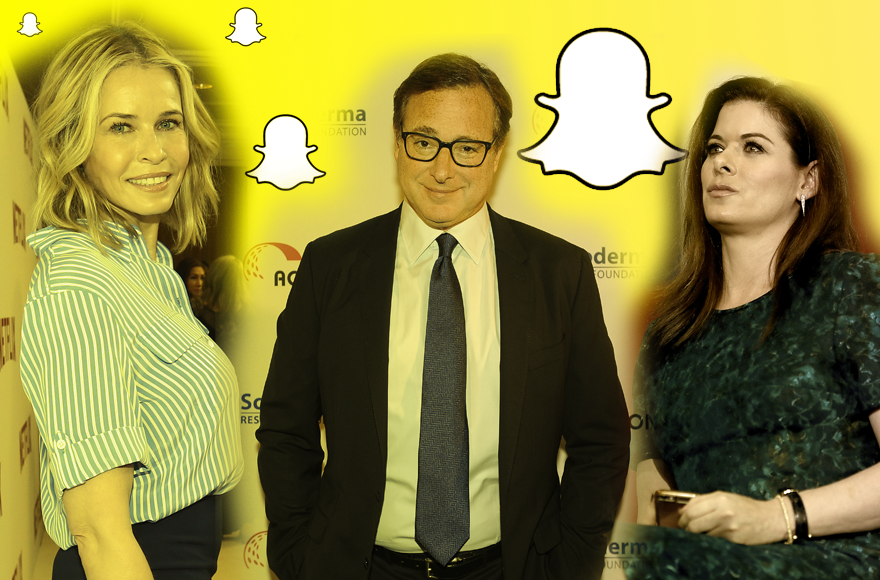 Snapchat, it’s what the youths are doing.

Even if you’ve never used Snapchat — an ephemeral video- and image-sharing social media platform — you’re probably familiar with its bright yellow ghost logo. (By “ephemeral” we mean that most videos and images — known as “snaps” — disappear forever from the app within 24 hours of being posted.)

Snapchat was launched in 2011 by Evan Spiegel, 26, who came up with the idea for a class project while he was a student at Stanford — he dropped out in 2012 to work on Snapchat full time. It now has more that 100 million daily users.

Over half of Snapchat users are millennials, and they are on it all the time. There are many wonderful things about the app, like fun filters that can recognize your face and change it into anything from a bumblebee to a hot dog. Yet the app itself is not particularly intuitive for first-timers, which is maybe why some older users don’t exactly have an easy time with it.

If you want to delve into the world of Snapchat — and trust us: you should — here are some famous Jews you need to follow:

This Cooking Channel star has a delicious Snapchat account, from culinary adventures to snaps of delicious dishes to behind-the-scenes peeks of the TV host getting ready for shoots. Grinshpan is a charming, captivating personality, and her excitement about food is infectious. Warning: Don’t watch her Snaps when you’re hungry. 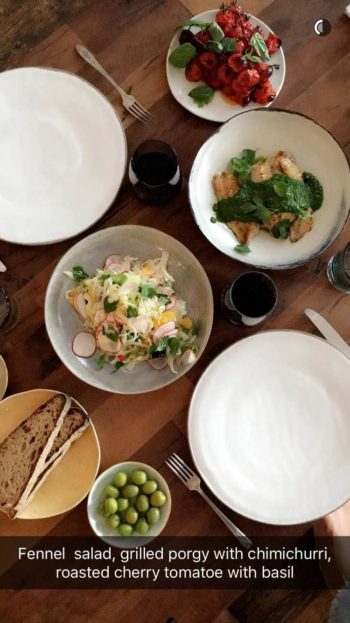 Jewish comedienne Chelsea Handler is just as hilarious and uninhibited on Snapchat as she is on TV — you can see her goading co-workers, family members and even her adorable dogs. But the best part of her snaps are her absolutely terrible rap songs, which she posts almost every day, without fail (“Kanye and Drake doing an album together, I should do a verse my rhyme float like a feather, I be doing… wait, what rhymes with feather?”). It’s an unedited, intimate look into Handler’s life, and it’s honestly quite delightful.

When Leandra Medine — a graduate of Ramaz, a modern Orthodox day school in Manhattan — started Man Repeller in 2010, it was just a blog that celebrated colorful, out-of-the-box and traditionally “unflattering” fashion. Now, Man Repeller is a multi-media brand — they even have a collab with TopShop — that has a presence on every social media platform, including Snapchat. Their eclectic Snapchat account offers a behind-the-scenes look at the Man Repeller office in New York, complete with “guest snaps” from staffers, glimpses into Medine’s glamorous life and, of course, lots of glittering fashion.

Curious about the future of Judaism? Rabbinical student Sandra Lawson is living it on Snapchat. Aside from her masterful use of filters, this lesbian, vegan, black rabbinical student spends much of her time explaining weekly Torah portions and demystifying Judaism. Though she encourages her followers to snap at her with questions about religious practice, Lawson also shares moments from her day-to-day life, like her morning runs.

You loved him as Danny Tanner in “Full House,” where he was surrounded by young adolescents — so we guess Saget on Snapchat isn’t really that different. The Jewish comedian may not be a heavy Snapchat user — don’t expect hourly, or even daily, updates — but the glimpses into his life are funny, odd and delightful. 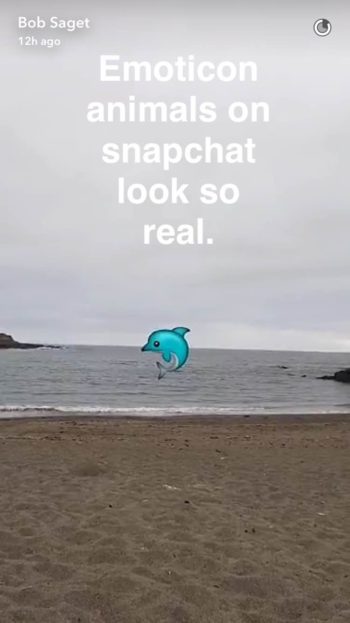 You remember Jewish actress Debra Messing from “Will and Grace,” or maybe more recently from “The Mysteries of Laura,” or her brief speech at the Democratic National Convention. Messing, who is already an avid tweeter, has taken to Snapchat to share glimpses of her personal life, including her Pokemon catching adventures in Central Park with her teenage son.

The Israeli Air Force has found the perfect way to reach out to teens: a well curated and visually stimulating Snapchat account that includes interviews with Air Force members and lots of videos of planes. The Air Force cleverly uses Snapchat to both share information about service and to celebrate its soldiers. While the account is in Hebrew, you don’t need the language to follow some seriously impressive flight-training videos.

If you’re well-versed in the world of Viral Internet Phenomenons — you know, VIPs — you’ve probably heard of the Fat Jew, whose real name is Josh Ostrovsky. Ostrovsky’s an internet star with millions of followers on Twitter and Instagram; he even makes an appearance in a video for the hit song, “Cake By the Ocean.” But on Snapchat, the real star of the family is its adorable dog, Toast, a toothless King Charles Spaniel rescue with a permanently droopy tongue. So if you need some more cute in your life, this dog is definitely worth the follow.

This 24-year-old Jew from New York is a Snapchat sensation — he’s beloved for his visually compelling and funny snippets. He’s became so successful on Snapchat that, along with three other Snappers, he started a company called A Cereal Productions, which creates videos for companies — like Coca-Cola and Jolly Rancher —  to be used exclusively on Snapchat, Instagram, Vine and YouTube. His personal account offers insidery glimpses into his many projects, some fascinating visual experiments and funny snaps.

Claudia Oshry is now known as “Girl with No Job,” but when she started blogging in her first year at NYU, this social media sensation actually had a job in PR. After she was let go, she kept blogging and posted funny memes on Instagram, and soon drew millions of followers. Now, she shares snippets of her daily life on Snapchat, from her beauty routine, to her meals, to her opinions and to a record of the time she spends with her beau — yes, a boy with no job.

Did we miss anything? Follow us on Snapchat at JTAnews and let us know.